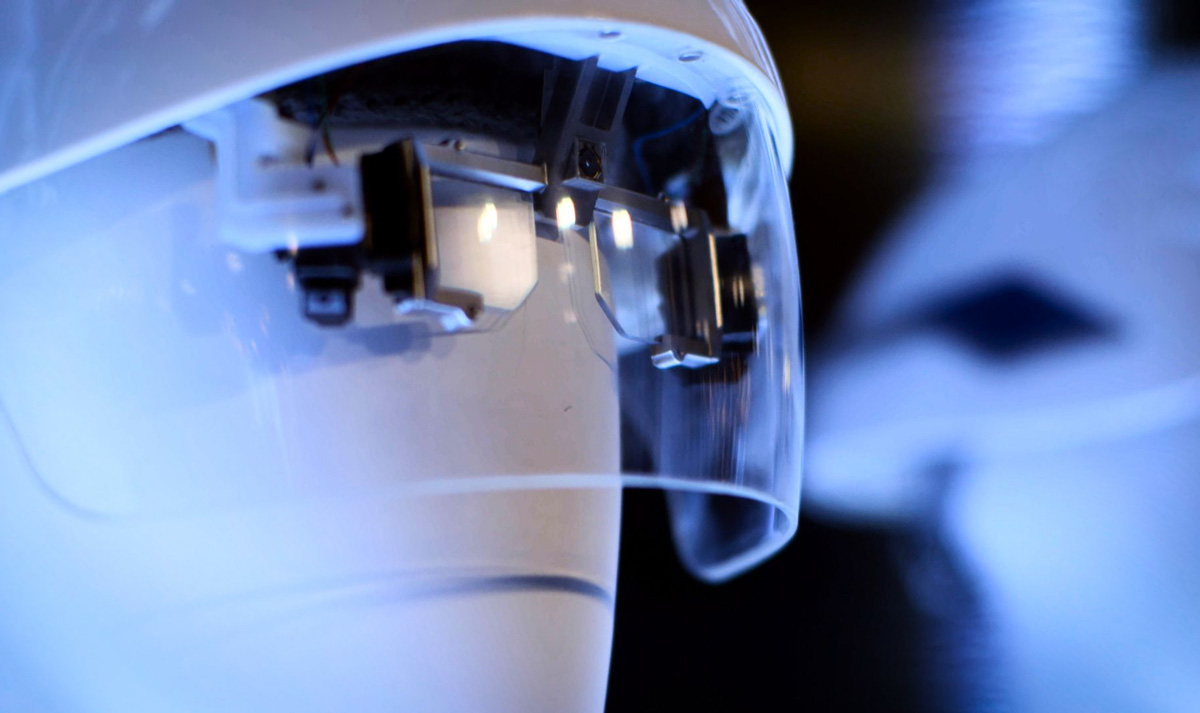 This year’s Consumer Electronics Show isn’t officially over until the end of the day on Saturday but all of the big announcements are behind us at this point. We’re going to level with you: it wasn’t a terribly exciting show overall this year. Last year’s show in Las Vegas was probably the best show in a decade. We quite literally saw the future. But CES 2016 as a whole felt like an “S” upgrade a la Apple’s iPhone — all of the themes and core products were the same as CES 2015.

While the show as a whole was definitely on the slow side, there were still a number of individual products that stood out from the crowd as being truly innovative, and we’ve rounded up our favorites in this article. Some are iterative but significant upgrades of earlier products and some are novel devices that could potentially open new doors, but they’re all exciting.

In other words, if you remember only 12 products from CES 2016, these are the ones to remember.

We’ve seen flexible AMOLED screens on curved HDTVs and smartphones like the Samsung Galaxy S6 edge, but LG Display took things to a whole new level when it showed off a screen that can be rolled up like a newspaper. This new display tech opens the door for form factors you probably can’t even imagine right now, and it’s exciting to say the least.

FitBit bands are nice and all, but Under Armour showed us the future of fitness technology at this year’s show. No single device will ever be able to cover all of the bases, so Under Armour and HTC have built a catalog of connected fitness devices that combine to create a comprehensive solution athletes are going to love.

Be sure to check out our hands on preview after spending a couple of weeks with Under Armour’s new gear.

The Gear VR virtual reality headset created by Samsung and Oculus is pretty fantastic on its own, but Samsung’s new motion controllers are going to push things to the next level. Samsung’s fancy new refrigerator might be the talk of the town right now, but the rink controllers deserve some attention as well. Read about them here.

Portal says its upcoming new Wi-Fi router is “the biggest breakthrough in WiFi in 15 years,” and if it can deliver on its promises, it might be right. The company says its router can utilize 250% more of the 5GHz spectrum than other routers and use smart new technology to scan the area for interference. Then, it will automatically retune itself to avoid anything that might slow down your data speeds.

Intel and a company called DAQRI showed off a new head-mounted wearable device that uses augmented reality to let users see inside objects, among other things. In other words, Intel and DAQRI just invented x-ray glasses… sort of.

We tried very hard to avoid including any “drones” on this list, but Parrot’s new Disco isn’t like the million quadcopters we saw at CES this year. And last year. And the year before that.

The Disco is a fixed-wing UAV that launches vertically and can reach speeds of up to 50 MPH. We need one. Now.

360-degree video footage is one of several key ingredients in the recipe that leads to the proliferation of virtual reality that everyone is buzzing about, but right now the cameras that record 360-degree footage are ridiculously expensive. The new Vuze camera from HumanEyes will do it for under $1,000.

Remember how amazed everyone was when the first saw Skype demo real-time translation in its chat app? Ili is a device that can almost pull off the same feat during actual face-to-face conversations.

How much time and money would people save if they actually read their owner’s manuals? How much better informed would they be? That will never happen since manuals are so difficult to get through, but Hyundai’s new technology might make owner’s manuals a thing of the past. In their place, a nifty smartphone app uses augmented reality to show you all the information you need about whatever you’re looking at on your smartphone’s display.

Sticking with cars for a moment, Harman has invented a new system with the potential to save thousands of lives each year. The world’s first pupil-based in-car monitoring system can track a driver’s eyes to not just provide a warning if he or she is falling asleep, but also ensure the driver’s attention stays on the road.

The system monitors pupil dilation to determine if a driver might be distracted, and the hardware component is little more than a simple camera so it can feasibly be installed in any car.

The Xcooter might have a terrible name, but it’s actually a pretty impressive product. This nifty electric rig folds up for easy stowing and then unfolds in just 1 second to reveal a trendy scooter with a range of 15 miles per charge and a top speed of 17 MPH.