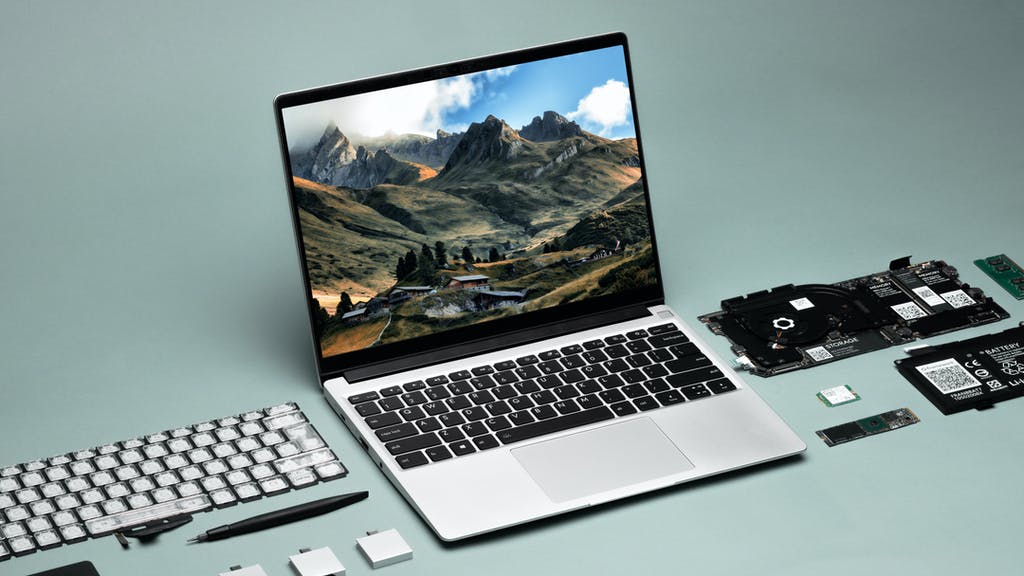 It might look like a MacBook from that angle, but then again, many laptop makers attempt to mimic Apple’s MacBook Pro and Air designs. A closer look makes it clear that this isn’t an Apple computer.

We’ve seen many exciting modular projects over the years, including smartphones (remember Google’s Ara?) and smartwatches. Those projects were quickly scrapped. But the Framework Laptop might have a chance to survive. That’s because it’s the kind of product that users might actually want to upgrade.

One of the great things about MacBooks is that they outlast their Windows competitors when it comes to performance and battery life. But newer models won’t let you upgrade anything. The memory and SSD are soldered to the mainboard, as Apple is looking to make the most of the internal space for battery modules. It also helps with the bottom line, as buyers can only upgrade memory and storage when buying the device from Apple. The same goes for some Windows 10 designs. Not to mention that laptops do not let you upgrade the CPU and GPU, as you would with a desktop.

The Framework Laptop will let you swap in and out everything along the way, provided that replacements are available. That includes the mainboard, storage, memory, keyboard, and battery. You’ll get a screwdriver in the package to either assemble the device yourself or as a reminder that you are in control. Framework will also let you swap the screen and customize the magnetic bezels.

The Framework modular notebook also corrects a problem that MacBooks have. It comes with multiple ports, and you get to decide what side to place them on.

The Framework Laptop is meant to be a high-performance device, featuring a 13.5-inch display with 2256 x 1504 resolution (3:2 aspect ratio), Full HD 60fps webcam with hardware privacy features, a “high cycle-life” 55Wh battery, and a keyboard with a 1.5mm key travel. Powering it all is an 11th gen Intel Core processor that supports Wi-Fi 6E, up to 64GB of DDR4 RAM, and up to4TB of NVME Gen4 storage. The modular ports include USB-C, USB-A, HDMI, DisplayPort, microSD, ultra-fast storage, 3.5mm headphone jack, and others.

Despite being a modular device, the laptop isn’t supposed to be bulky. It should weigh 1.3kg and measures 15.85mm at its thickness point.

The point of the Framework Laptop is to help you reduce waste and the impact on the environment. Aside from the modular design that will let you service the laptop yourself and extend its life, there are other eco-friendly aspects to it. It’s made of 50% post-consumer recycled aluminum and about 30% recycled plastic. The packaging is fully recyclable as well, according to the company.

It all sounds great on paper, and the Framework Laptop could become a breakout hit. And the company does have experience: “We chose an ambitious mission and assembled an incredible team to deliver on it, bringing experience from the founding team of Oculus and design, engineering, and operations across Apple, Google, Lenovo, and more.”

But only time will tell whether this ambitious project can indeed take off and compete with the MacBooks, Lenovos, Dells, and HP laptops out there. The device will be ready to ship this summer, with final configurations, prices, preorder, and release dates to be announced at a later date.