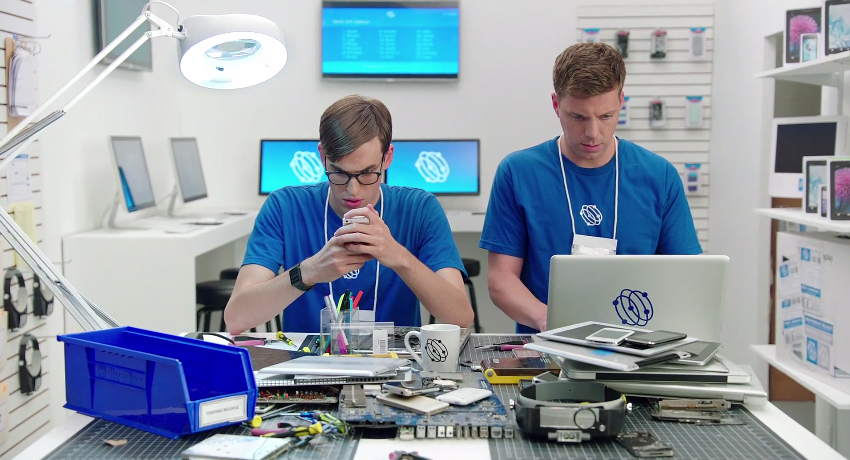 Unsurprisingly, Samsung has come out with anti-iPhone 6 ads, and it happened remarkably soon after the phone’s official announcement. But unlike previous Samsung hits at Apple, which were often pretty funny or at least somewhat clever, the new ads are just terrible.

The company is taking shots at everything Apple announced including the bigger iPhone 6 and Apple Watch, and even Apple’s live-streaming problems — but hilarious isn’t a word to describe any of the new spots.

Let’s also not forget that Apple tried the Genius angle in its own ads a couple of years ago, but that marketing approach backfired and the company quickly disposed of them. Just like those Apple ads, Samsung’s Geniuses clips aren’t great either, but at least they’re better than Samsung’s worst commercial yet.

The Galaxy Note maker is certainly not done releasing Apple-bashing ads, let’s just hope the next ones are funnier. Meanwhile, Microsoft is doing a better job at taking direct hits at Apple in new ads.

If you still want to see the six new anti-iPhone 6 Samsung ads, you can check them below.