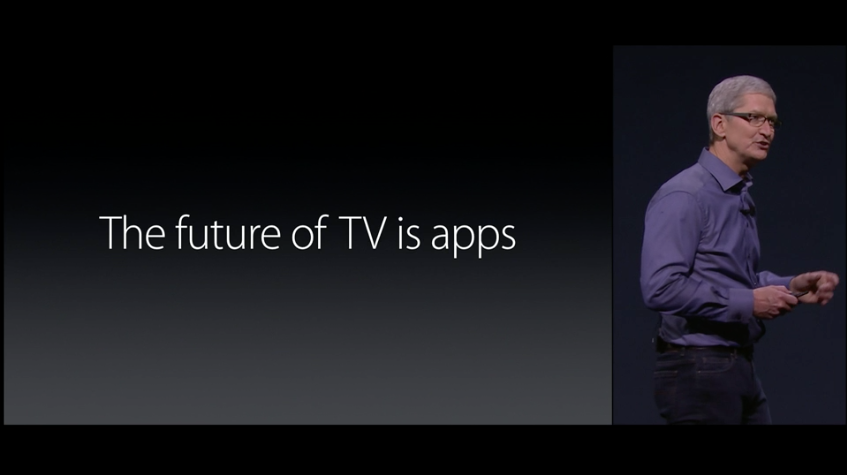 Yes, Apple has an incredible new product that’s not only going to be an affordable gaming console ready to download many of the games you already love from the App Store, but it will also change the way you watch TV, considering its advanced Siri features and universal search support.

There may be a glaring flaw with the though, and some people will tell you that it echoes a similar issue from Apple’s iPhone: storage. But don’t listen to them just yet, as that’s not exactly the case.

The 2015 model comes in two versions, a 32GB model priced at $149 and a 64GB version priced at $199. The device runs an iOS 9-based operating system called tvOS, and it’s not clear how much space the OS actually needs. However, users will likely have enough storage space left to save all the app data they want. Initial rumors said the new would come with either 8GB or 16GB of storage but thankfully, Apple did not make that mistake.

Sure, the new won’t store music or video content, as that’s streamed directly from the Internet – yet you’ll still require local cache for the titles you’re about to watch. Also, there’s no 4K support just yet, and the won’t store your videos and photos that you have on your mobile devices.

But what the will need to store is game data. Whatever is left from the initial  storage will be used for app downloads. And some apps, especially console-grade games that are already available in the App Store, are absolutely storage hogs, even though most casual games won’t take up that much storage space.

One could also argue that Apple’s iOS and app optimizations that helped it stick with 16GB as the lowest storage tier for new iPhones will also come in handy with the new , especially considering there’s plenty of extra room.

If Apple is really interested in capturing a new audience in the living room – casual gamers and even hardcore gamers that love certain mobile games – then storage is the one tiny detail that might prevent it from actually competing with new consoles. At 32GB or 64GB, Apple is almost there, even if the fourth-gen ‘s storage space can’t be compared to what an Xbox One or PS4 can offer.

The new device packs more powerful hardware than its predecessors in order to support its advanced new features, including Siri and gaming apps. But users who download lots of apps and games on mobile devices might discover that their desire to play games on the 4 will be hindered by Apple’s storage limitations. That said, it will take a while to fill up 32GB or 64GB memory with games. And the ability to delete and redownload games isn’t necessarily user-friendly, but will come in handy if users ever approach their storage limits. Not to mention that Apple is limiting app size to 200MB for the at this time.

What you won’t be able to do is to hook up an external hard drive to your to fix whatever storage issues you might run into, since that’s just not how Apple does things.