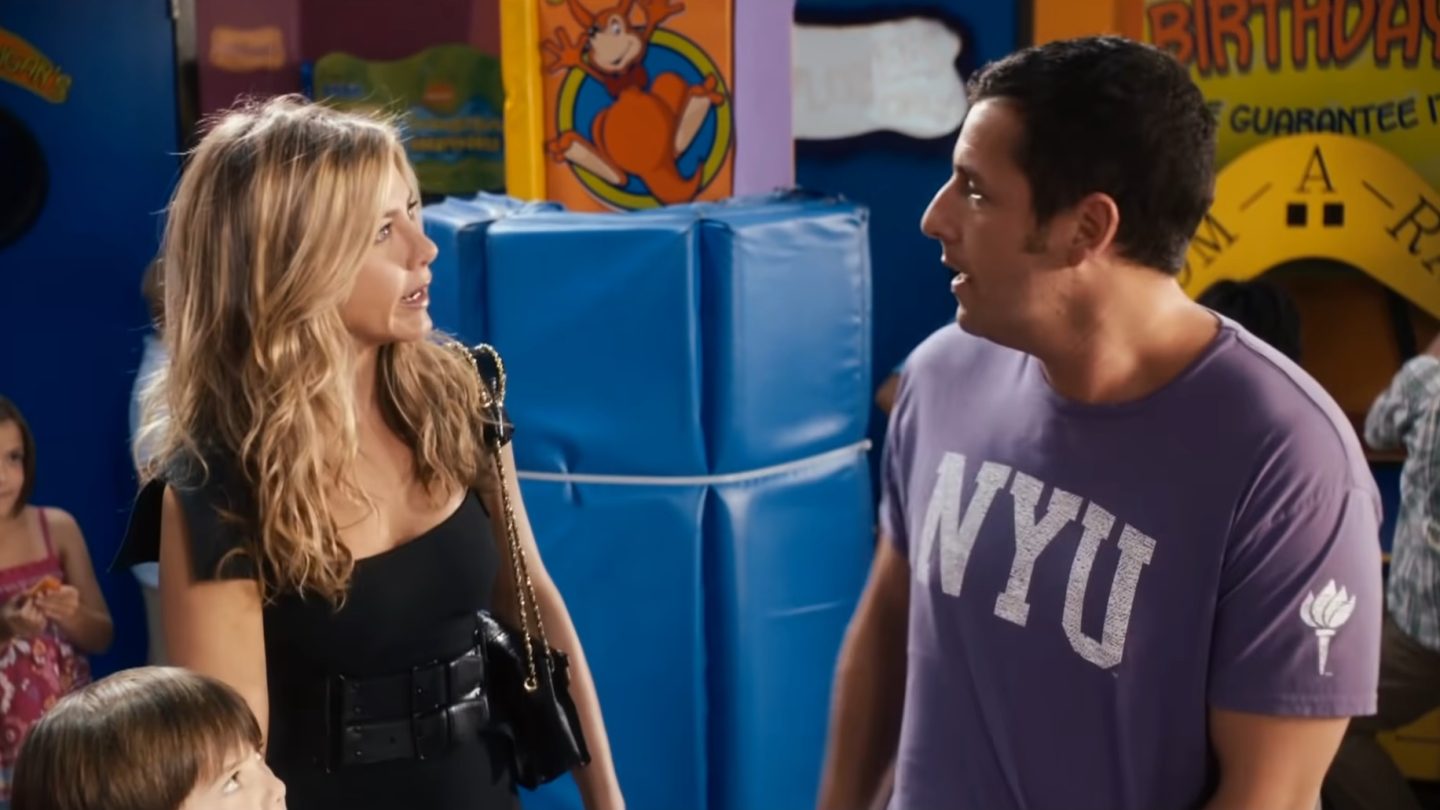 In recent months, we have been doing our best to keep you informed of the latest trends on Netflix. More often than not, that means making you aware of a new Netflix original movie or series that you might have missed otherwise. But sometimes, a random old movie suddenly climbs up the Netflix top 10 list when it returns to Netflix. It’s not always clear why, and that is especially true for the list on Friday. At the moment, there are a couple of Adam Sandler movies — both over a decade old — which are inexplicably dominating the Netflix charts. But after some digging, we think we might have solved this mystery.

On Friday, the remake of The Longest Yard and the romantic comedy Just Go With It are among the 10 most-watched movies and shows on Netflix in the US. Adam Sandler stars in both, and although they are totally different movies, they do have something else in common: Critics hated them.

The Longest Yard has a miserable 31% score on Rotten Tomatoes, with Time Out saying it “crapped all over” the original. As with many Sandler movies, The Longest Yard has its fans, but this is not exactly a beloved remake. Somehow, Just Go With It scored even lower, with a shocking 19% rating. Here’s how The Washington Post’s Ann Hornaday described the movie in 2011:

An egregiously unfunny enterprise that seem less crafted than extruded through the great product-mill that is Hollywood at its most homogenized and soulless.

Needless to say, these aren’t Adam Sandler’s best movies. Nevertheless, tens of thousands of Netflix subscribers are currently watching them. For now, they are more popular than the vast majority of the original content that Netflix has released in recent weeks. But why?

It’s worth noting that both movies were added to the Netflix library on January 1st. Shortly after that, The Longest Yard made its way onto the top 10 list. Critics might not have loved it, but it is apparently something of a cult classic. Once it began popping up on everyone’s home page, it makes sense that subscribers would check to see what other Adam Sandler movies were on the service. At that point, they would have seen that Just Go With It also recently joined the Netflix library.

All in all, it’s not especially surprising that Adam Sandler is suddenly dominating the Netflix charts. He has produced a number of movies for the service, and many of them have been rather successful. His latest Netflix original movie was Hubie Halloween, and he has several more in the works, including the sequel to Murder Mystery. Expect to see more Sandler on the top 10 in the years to come.

If these movies don’t interest you, there are some actually good Adam Sandler movies on Netflix worth watching. For example, you can watch Uncut Gems on Netflix right now, and see why Sandler was nominated for so many awards for his performance. The Meyerowitz Stories (New and Selected) is another great Adam Sandler movie, with a stellar cast featuring Ben Stiller, Dustin Hoffman, and Emma Thompson.