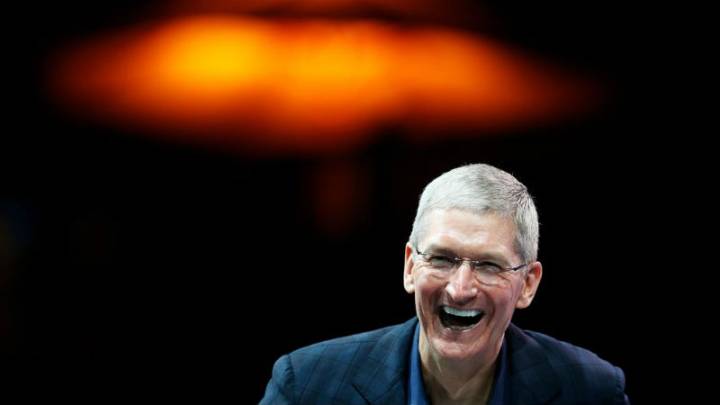 Have you heard the latest news about Apple? Turns out the company is sinking. And fast. Yeah, after a wild few years of negligible and yawn-inducing innovations, Apple can no longer skate by via sheer momentum. The Apple Watch is a flop, iPhone sales are collapsing, and Tim Cook needs to be shown the door.

In the wake of Apple’s earnings report last week, the nonsensical observations above seem to be gaining traction among analysts, pundits and talking heads. It’s almost funny how a company that manages to rake in $50 billion in revenue and more than $10 billion in profits in just three months can so quickly go from a tech innovator to a tech has-been. But so it goes in the tech world where an inability to look at the big picture is par for the course.

Because Apple earnings last quarter were down, and because year over year iPhone sales experienced a decline for the first time in history, we’ve seen a few pundits take the position that Tim Cook lacks Steve Jobs’ innovative vision and that it’s time for a new CEO.

And what does society want?

Something new and different that not only titillates its fancy, but demonstrates extreme utility.

Unlike the Apple Watch, which was good in theory yet dead on arrival, or after twenty four hours, when it ran out of juice. You had to recharge it, was it worth the effort, or were you better off just putting it in a drawer? And like a cult band from the eighties which hits a wall and goes no further, there was no word of mouth on the Apple Watch, some owners testified, but the rest of the populace just ignored it.

Tim Cook needs to be replaced. Apple doesn’t need a traffic cop, it needs a visionary. Execution is important, but it’s secondary to inspiration. The idea is king, never forget it.

But it won’t happen, because in modern society the board is a tool of the CEO, an echo chamber. And no one likes to take big risks, no one likes to upset the apple cart when things are going reasonably well. But then they start to tank and it’s over.

Also joining the party is analyst Doug Kass who boldly declares that Tim Cook is no Steve Jobs. If you haven’t heard of Kass before, rest assured that you could have made millions by following the opposite of his investment advice, at least as it pertains to Apple.

In any event, here’s Kass’ take on the state of Apple’s leadership:

We all remember Jobs, and one of last night’s messages to me was that Cook is no Jobs.

The current Apple CEO emphasized a long-term, bright outlook for Apple — but frankly, I’ve never heard a top manager not say that his or her company’s intermediate or long-term outlook looked bright. But the business landscape constantly changes in the interim as new competitors line up and the threat of commoditization surfaces.

Apple faces some unique threats, like the Chinese government’s business attitude and uncertain regulatory atmosphere. That was Icahn’s alleged reason for selling his large AAPL stake, but Cook glossed over such threats.

The CEO did admit that the company’s near-term outlook is deeply dependent on one product, the iPhone 7 series. But nothing I heard changed my view that Apple’s product-upgrade cycle will now elongate after the unprecedented success of the iPhone 6. That was likely Apple’s last important product upgrade, and the company seems unlikely to ever repeat that success.

It’s incredibly bizarre that Apple is being taken to the cleaners over a single quarter, one in which it made more money than Microsoft, Google and Facebook combined. It’s also interesting that Kass takes Cook to task for providing Jim Cramer with vague answers when the arguments Kass provides to paint Apple in a negative light are all the more murky. China might be a problem! The iPhone 6 was likely Apple’s last important upgrade!

Also joining the fracas was former Apple CEO John Sculley who had some interesting ideas about what Apple should do to reclaim some of its magic.

The reality is that the health of any company can’t be completely ascertained simply by looking at one lone quarter. ‘S’ cycle iPhone refreshes have historically been less exciting than numbered upgrades. That being the case, it’s laughably early to be calling for Cook’s head when we still haven’t seen what the iPhone 7 brings to the table.

If the iPhone 7 disappoints and if sales continue to decline throughout 2016, then perhaps we have in fact reached peak iPhone. But to make such bold declarations today, after Apple sold 50 million iPhones last quarter, is extremely premature.

It’s important to keep this mind: The anti-Apple and anti-Cook sentiment is primarily derived from iPhone sales being lower in Q1 2016 than in Q1 2015. Such a comparison, however, isn’t entirely fair as 2015 marked the first time in history that Apple released two brand new iPhone models. What’s more, it marked the first time that Apple released larger-screened smartphones, thus prompting an unprecedented wave of upgrades that was impossible to replicate this year. Second, iPhone sales during Apple’s Q1 2015 were unusually high due to a backlog of supply from the 2014 holiday quarter that Apple wasn’t able to meet until early 2015.

There’s obviously no guarantee that Apple will be able to continue making money hand over fist indefinitely, but the rush to dig a grave for the company following a single quarter is truly nothing more than an exercise in futility.