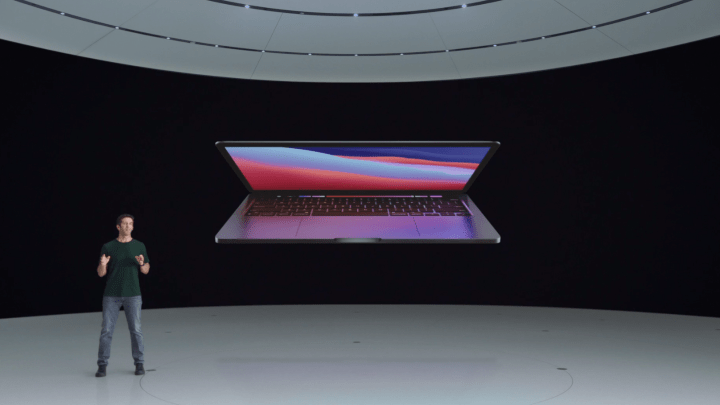 Apple’s developer conference is about to get underway, but there’s no shortage of rumors in anticipation of the main WWDC 2021 keynote. A last-minute report indicated that iPhone and iPad will receive the most notable updates this year and detailed some of the most significant iOS 15 and iPadOS 15 features that Apple is expected to announce. The macOS and tvOS updates will be smaller in scope, according to the report, while the Apple Watch is expected to get new health-tracking features. A report before that said Apple has big updates in mind for iMessage, Health, Safari, and Apple Maps.

Neither story mentioned what might turn out to be the most exciting WWDC surprise this year, the redesigned MacBook Pro. A leaker said recently that the new 14-inch and 16-inch MacBook Pro models will be unveiled at the developer conference, with an analyst seemingly corroborating the rumor. But supply chain reports have offered different perspectives on the launches of the new laptops. Some said the new models might launch sometime this summer, with others saying the new MacBooks won’t be released until late 2021. Now, a leaker known for his accurate Apple predictions says Apple won’t announce the new MacBook Pros during the keynote.

Chinese leaker L0vetodream often posts cryptic Apple-related leaks that aren’t always easy to decipher. This time, he took to Twitter to address a question about hardware announcements at WWDC 2021 and said there wouldn’t be any. In a follow-up tweet, he addressed the 14-inch and 16-inch MacBook Pro specifically, saying that it’s too early for an announcement.

The main focus for every WWDC edition is software, but Apple often does launch hardware products during the event. Looking at the past two decades, SixColors concluded that Apple made at least one hardware announcement at 65% of WWDC keynotes.

Statistics and WWDC 2021 leaks aside, the MacBook Pro will deliver exciting upgrades this year. That’s according to various rumors which have pained a similar picture in the past few months. Apple is said to have created a new design for the Pro that will resemble the new 24-inch iMac and the iPad Pro. The new laptops will feature more ports including a new MagSafe charging port, HDMI, and an SD card slot. A traditional keyboard will reportedly replace the Touch Bar keyboard. Running everything will be an even more powerful M2 custom chip.

The exciting MacBook Pro rumors don’t stop there, as the two new devices are supposed to get a massive display upgrade. Apple is reportedly bringing mini-LED screens to the 14-inch and 16-inch MacBook Pros. This year’s Pro upgrade will also mark the introduction of the 14-inch MacBook Pro, a size that fans have been expecting since Apple launched the 16-inch model two years ago. The 14-inch version will replace the 13.3-inch model, squeezing more display real estate into the same footprint by slimming down the bezels.

This is the kind of MacBook Pro refresh that could benefit from a very public announcement like the main WWDC keynote, even if the laptop won’t launch in stores for a few more months. Apple will clear the air in just a few hours, with the entire show streaming online at 10:00 AM PDT (1:00 PM EST). You can tune in and watch it all live right here.