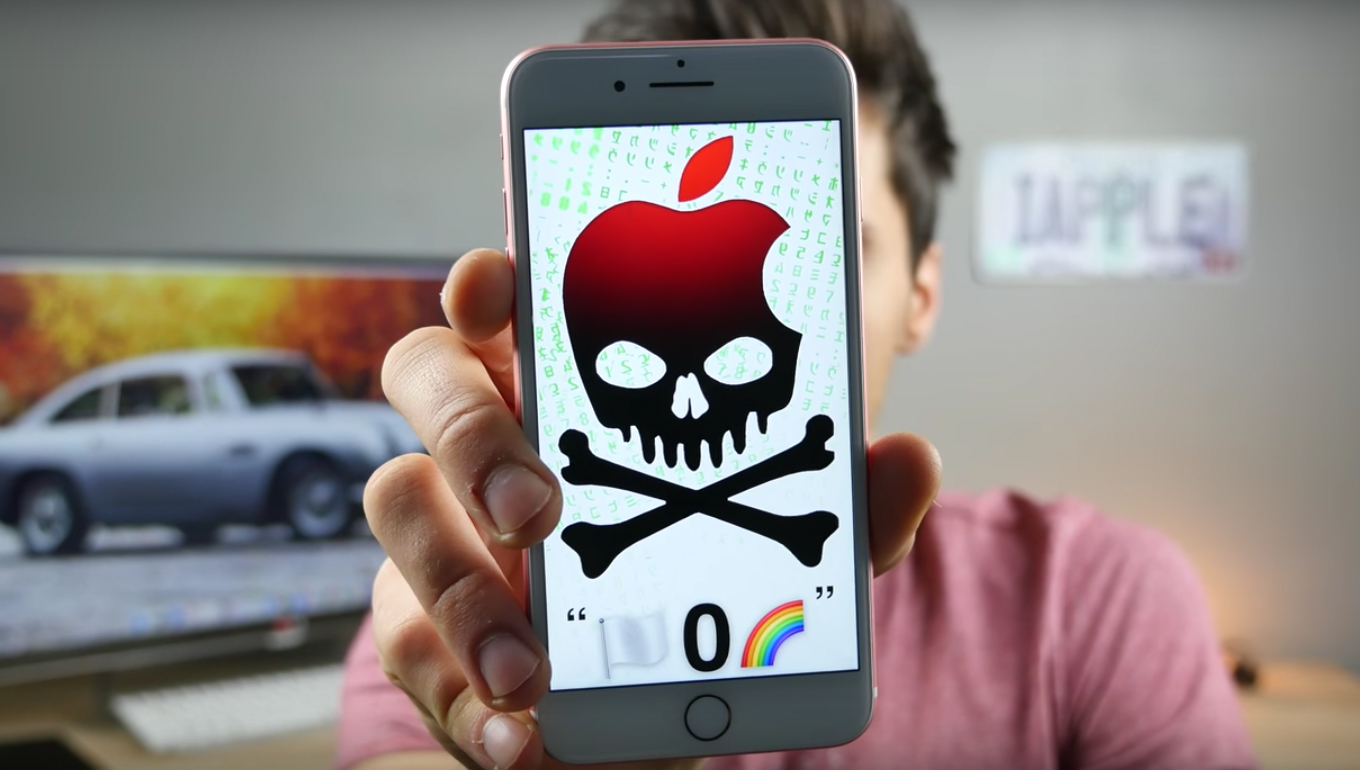 Every once in a while, people find strange contraptions that can be used inside the iPhone’s messaging app to crash the recipient’s device. Some of them are serious bugs, while others will only freeze your iPhone for a few minutes. In either case, they’re seriously annoying. And guess what? There’s a new iPhone-crashing text message in town that people will keep sending to their iPhone-carrying buddies.

However, it can all be easily fixed.

First explained on YouTube channel EverythingApplePro and Preston159.com, the bug relies on sending a string of images and characters to a target: a white flag emoji, a zero, and the rainbow emoji. The issue affects any iOS device that’s on iOS 10.x, but if you’re still running earlier iOS versions, you’re safe.

However, the actual sending of the message isn’t completely hassle-free, as the same string can also freeze the sender’s phone. The trick involves either using the Notes app on iCloud.com or iCloud Drive to share the characters.

Once the message hits the targeted iPhone, the device stops working for a few minutes regardless of whether the recipient reads it or not. You won’t be able to do anything once the freeze is in effect. The buttons won’t work, and you’ll have to wait for the phone to reboot by itself.

“What you see in the text is the waving white flag emoji, a zero, and the rainbow emoji,” a technical explanation on vincedes3.com reads. “The rainbow flag emoji isn’t an emoji in itself, it’s made of three characters: waving white flag, a character called variation sector 16 (VS16 for short), and the rainbow. What VS16 does in this case essentially is tells the device to combine the two surrounding characters into one emoji, yielding the rainbow flag (this is similar to how skin tone modifiers work, but not exactly the same).

There’s one thing you need to do in case the Messages app keeps crashing. You’ll have to head to this link on the phone so that the Messages is restored.

To prevent this from happening again until Apple fixes it, you can also consider blocking on the iPhone the persons who’re using it against you and maybe even reassess those friendships.

Interestingly, the bug also affects Android handsets, but they’ll be slow down significantly rather than freezing completely — the video below explains it all.