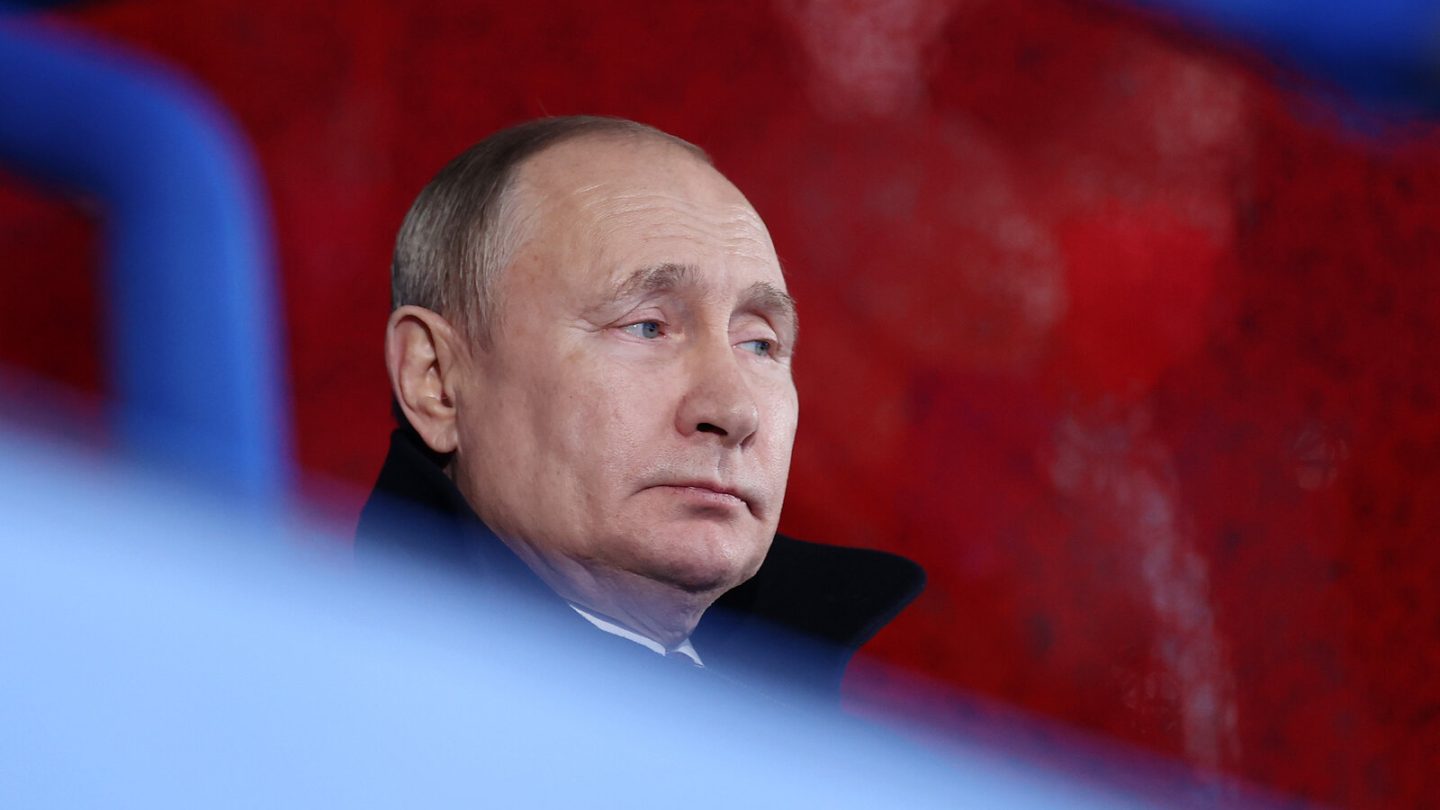 Russian President Vladimir Putin is currently behind bars in Lukiškės Prison, a penitentiary in Lithuania. Well, not the real-life version of Putin, the one who’s currently managing an invasion and attempted takeover of Ukraine. The one we’re referring to is actually a life-sized likeness of the Russian leader installed in the prison. The same prison, by the way, that served as a filming location for Netflix’s Stanger Things.

Meanwhile, not only did someone go to the trouble of setting up Putin’s likeness in this prison. Anyone in the world can, in fact, see it there. All you need to do is click on the link below — or navigate through the prison via Google Street View — and you’ll find an image of the despotic leader where he belongs.

Click here to see Putin in prison yourself, via Google Street View.

It’s not mere happenstance, by the way, that explains why artist Elijas Šležas — in collaboration with the Lithuanian tourist office Go Vilnius — chose this prison as the location wherein to jail Putin’s likeness.

Lithuania has actually been at the vanguard of opposition to the war in Ukraine. That’s taken the form of everything from a push for tougher sanctions against Russia to marches in protest of Russia’s scorched-earth invasion. Russia, in fact, fumed in recent weeks after Lithuania decided to block some Russian rail shipments.

Using Google Street View technology, meanwhile, anyone who clicks the link above will see an image of Putin in a dingy jail cell. One that also includes a dirty toilet and an unkempt bed. A far cry, of course, from the Russian leader’s palatial estates funded by vast and secret wealth.

Using the Internet like this to screw around with Putin’s image, by the way, is also a little reminiscent of something else along these lines. Specifically, some recent fun that hackers decided to have at the dictator’s expense.

According to various news accounts, as well as a Twitter thread from a Bloomberg reporter that you can read here, an offshoot of the Anonymous hacking collective apparently decided to manipulate some of the maritime data affiliated with “Graceful,” Putin’s luxury yacht. The hackers made it look like the yacht crashed into Ukraine’s now-infamous Snake Island. The hackers also changed the yacht’s destination to “hell.”

“They changed the yacht’s destination to ‘hell,’ ‘anonymous’ & ‘anonleaks’ & also changed its call sign to ‘FCKPTN,’” Gallagher noted in that thread above.

Snake Island is where a small band of Ukrainian defenders early on in the conflict defied a Russian warship. When their situation seemed hopeless, the ship radioed for them to surrender. The Ukrainian defenders radioed back an answer to the warship that quickly went viral. “Go f**k yourself.”