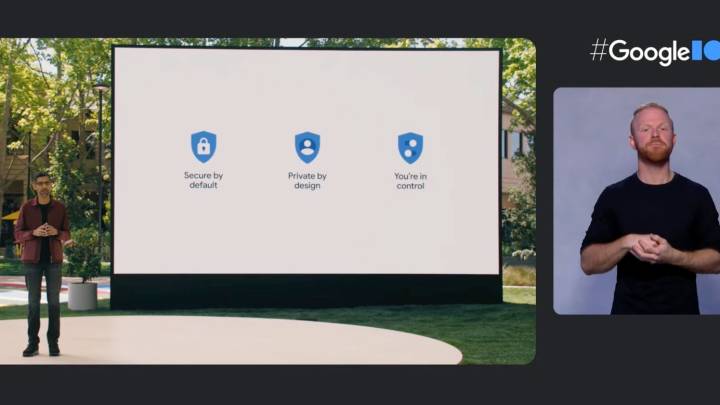 Google has been adding various privacy improvements to its services and apps in the past few years, but it wasn’t solely out of its own volition. Google’s own privacy-infringing problems forced the company to reconsider some of its practices. Then there’s Apple’s massive interest in security and privacy that forced Google to come up with matching features in Android and its apps.

But Google apparently never wanted users to have that much freedom when it comes to certain aspects of their privacy. Newly unredacted documents in a lawsuit against Google revealed that the Search giant made it nearly impossible for users to keep location data private from Google. Location is one of the most sensitive privacy topics for Google, as the company was recently caught collecting user data from people who thought their privacy settings would not allow it.

Arizona’s attorney general sued Google last year over the company’s data collection practices. Some of the documents from the case were redacted. Business Insider reports that a judge ordered new sections of documents to be unredacted last week, responding to a request from trade groups Digital Content Next and News Media Alliance. They argued that it was in the public’s interest to know that Google was using its legal resources to hide details about its data collection practices from the public.

The unredacted documents reveal that Google went to great lengths to ensure that it could collect location data, that phone vendors helped make it possible, and that users had a tough time figuring out how to prevent sharing their private location data with Google.

Former Google vice president overseeing Google Maps Jack Menzel said during a deposition that the only way Google wouldn’t be able to figure out a user’s home and work locations is that if that person intentionally attempted to throw Google off by configuring fake addresses for these locations. Google senior product manager in charge of location services Jen Chai didn’t even know how Google’s various privacy settings interacted with each other.

The documents also reveal the various methods Google employs to collect user data. This includes Wi-Fi data and third-party apps not affiliated with Google. Users might be forced to share certain data in order to use those apps, or even just to connect their phones to Wi-Fi.

Here’s one remark from a Google employee about Google getting data from third-party apps:

So there is no way to give a third party app your location and not Google? This doesn’t sound like something we would want on the front page of the [New York Times].

The report says that Google tested versions of Android where it made privacy settings easier to find. Unsurprisingly, users took advantage of them. This was a “problem” for Google, so it fixed the problem by hiding the settings deeper in the menus.

The documents show that Google employees realized that the company was collecting data aggressively from users, potentially hurting its business.

“Fail #2: *I* should be able to get *my* location on *my* phone without sharing that information with Google,” one employee said. “This may be how Apple is eating our lunch,” they added. Apple was “much more likely” to let users take advantage of location-based apps without getting the same data.

It’s unclear whether any of the location data collection practices detailed in these unredacted documents are still in use at Google.

Google has improved location data management in more recent Android releases, doing so in response to Apple’s method for handling location data on iPhones. Android 12 will show a Privacy Dashboard that displays all the apps that access user location, including Google’s own apps.

Despite Google’s obvious pivot to privacy in recent years, we’ve pointed out a number of initiatives that felt more like privacy-related marketing tricks as opposed to genuine features that would completely prevent user tracking. The most recent controversial privacy decision from Google concerns Chrome’s new FLoC tracking tech that should replace third-party cookies.