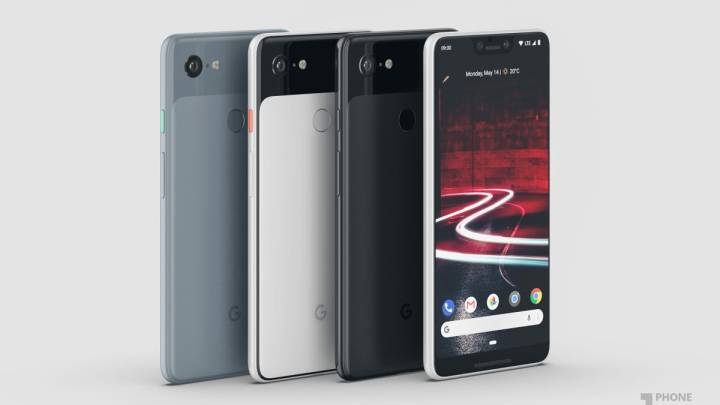 Google’s Pixel 3 made the news a few days ago, starring in a flurry of leaks and reports. We saw the first real-life Pixel 3 XL photos, and the consensus is that the handset in the images is the real deal. Or, at least, it’s a prototype of the real deal.

A series of gorgeous renders based on the leaked photos soon followed, showing us what the Pixel 3 and Pixel 3 XL will look like. Renders, of course, always look a lot better than real-life photos, especially if the real device in the pictures isn’t able to boot Android. The same designer released more Pixel 3 XL renders, this time imagining what the phone will look like in various color versions.

Posted on Twitter by @PhoneDesigner, the renders show a phone that looks just like the Pixel 3 XL in those leaked photos. But it comes in three distinct colors, including black, white, and something blue.

Google is copying the iPhone X design this year — I know, it’s quite shocking — and the first hints that the Pixel 3 might have a notch came months ago when the first Android P Developer Preview was released with notch display support backed right in it. Then Google swiped the iPhone X’s gestures, a further hint that the Google’s new Pixels might turn out to be iPhone X clones.

Reports now claim that only the Pixel 3 XL will get the top-notch treatment. The phone also features a rather large bottom bezel. In fact, the notch is quite big itself, housing what appear to be two front-facing cameras flanking a speaker.

The side and top bezels are supposed to be minimal, and the same designer has two variations for you:

How will Google handle the frame of the #Pixel3XL ? 🤔
(I prefer the first one) pic.twitter.com/j8kVI6rwOm

On the glass-made back there’s only a single camera, as well as a fingerprint sensor placed in a central position.

The Pixel 3 XL looks like the logical continuation of Google’s Pixel design language, itself inspired by a previous iPhone. But we’ve also got a few particularities that make the Pixel 3 stand out from the crowd, including a rear panel design that combines glossy glass with a secondary element — it used to be metal, but now it appears to be matte glass. Also, I’ve hated the Pixel’s rear design longer and harder than I hated the iPhone X notch.

Then there’s the color accent on the button, which is indeed something you don’t see on that many handsets.

Love or hate the notch design that almost every Android device maker out there is using this year, there’s no denying that the Pixel 3 will likely be one of the best Android phones this year, the iPhone of the Android universe if you will, and not just because Google is quick to copy Apple’s design. And of the Pixel 3 series, the XL will likely be the best phone Google currently has to offer.