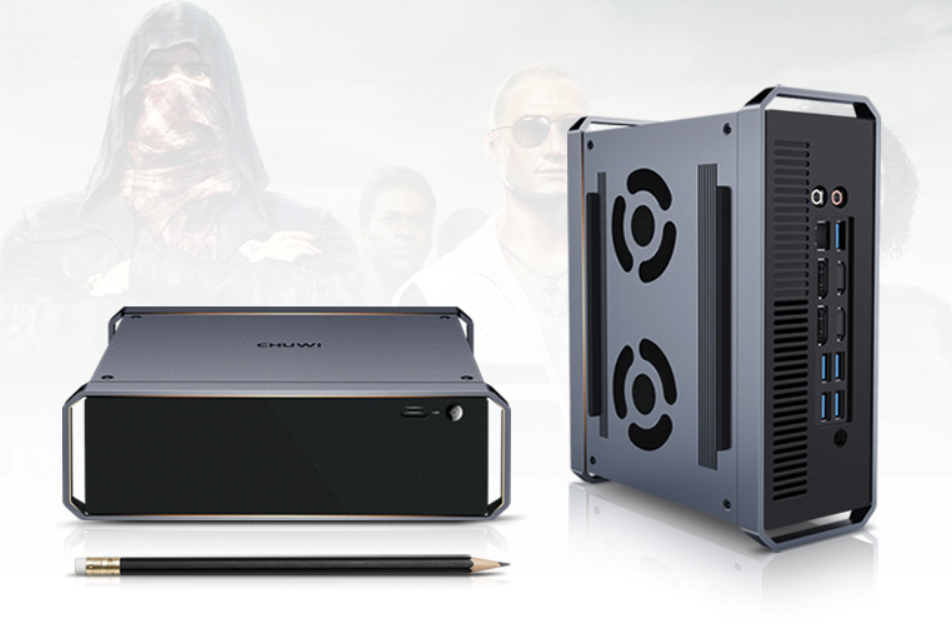 I’ve written about Chinese tech startup Chuwi a number of times in the past, mainly because they’ve been making some pretty solid Windows machines at very, very low prices. The company has already tackled budget notebooks, convertible laptops, and even attempted to outdo Microsoft with a Surface Pro competitor. Their stuff is always very good for the price, and now the company is setting its sights on gamers.

The Chuwi HiGame PC is a prebuilt micro-desktop with some rather impressive specs. As Chuwi has done in the past, the company decided to launch the HiGame on Indiegogo as a way of gauging interest, and with over a quarter of a million dollars raised in just a day it would seem there’s a plenty of it.

Prebuilt gaming PCs have come a long way in the last half decade or so. A ton of smaller companies have jumped into the space, offering various systems at different levels and racing to the bottom on cost. Unlike many of Chuwi’s previous efforts, which featured middle-of-the-road specs for bottom-of-the-barrel prices, the HiGame is punching with some powerful fists.

It will feature the new 8th gen Intel processors which are buddied up with AMD’s RX Vega M graphics. Two variants of the desktop are on offer, one with an i7-8709G/Vega M GL, and the other with an i5-8305G/Vega M GH combo. Both models carry 8GB of RAM, and the i7 model doubles the i5’s 128GB of solid state storage to 256GB.

All of that is crammed into a very tiny 6-by-6-inch tower. Unlike some micro PCs out there, this little beast also comes packed with ports. You’ll find two HDMI, two DVI, four USB-3, and one Thunderbolt port, as well as the standard ethernet port and audio hookups. Chuwi says it can drive five displays simultaneously, which is obviously very impressive considering its tiny footprint.

Gamers are obviously the prime target here, but Chuwi is also making a play for content creators, touting the ability of the systems to handle video rendering and graphics software like HandBrake, Maya, and Adobe Premiere. We’ll have to wait until we get our hands on it to make a judgement, but the specs largely speak for themselves.

The i5 model is currently going for $899 on Indiegogo, with the i7 demanding a slightly higher $1,099. Those are some of the most expensive computers Chuwi has ever produced, but they’re also much more powerful than anything it’s offered before, and still well within what I’d consider “cheap” for this particular hardware. The HiGame should begin shipping in August.