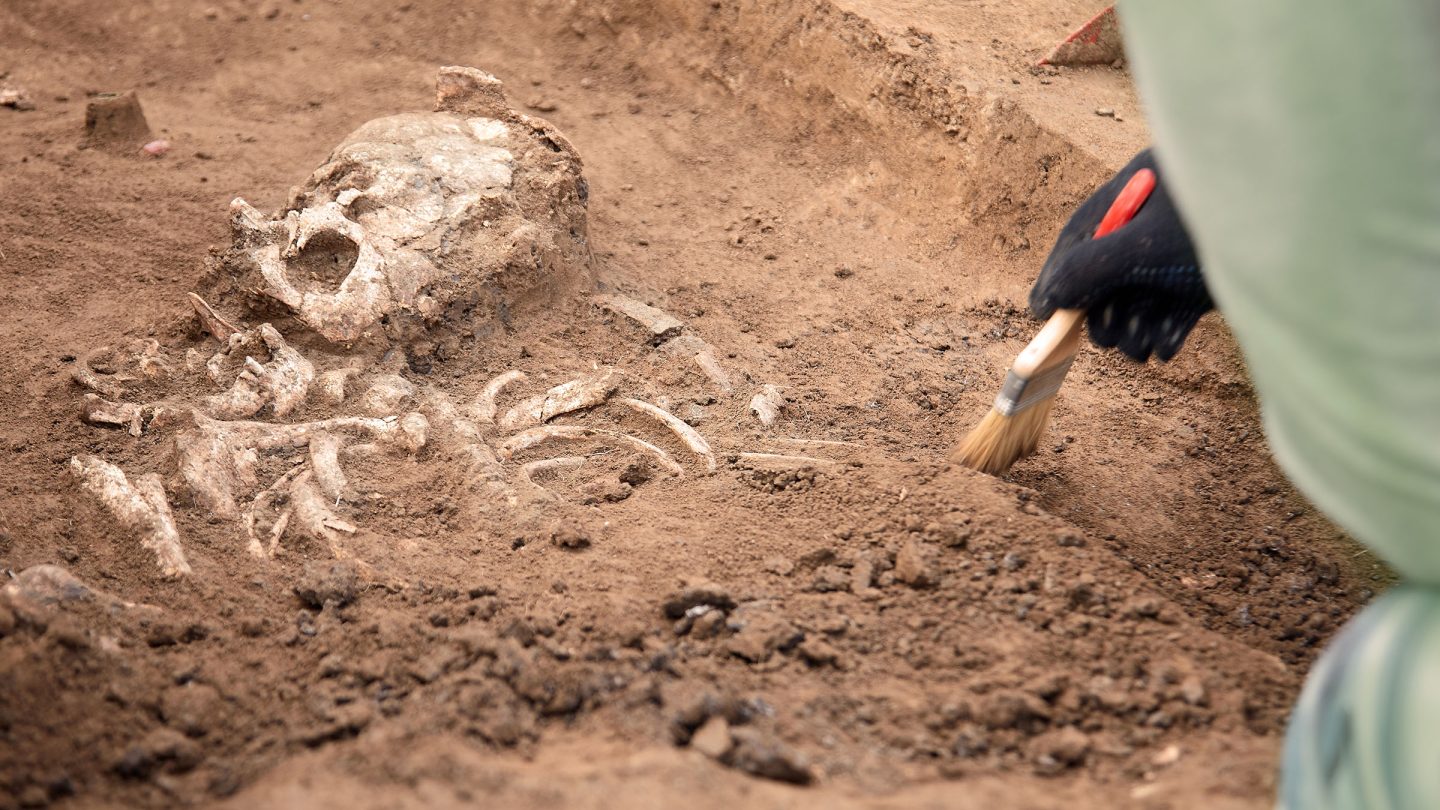 We have long debated the origin of mankind. Some believe in God’s creation of man in his own image, while others say that mankind evolved from another species. Now, new evidence found in South Africa has reignited questions about where modern humans come from, and what species we may have left behind.

Fossils are sparking new debates around the origin of mankind

Way back in 1947, Robert Broom and John T. Robinson discovered the fossils of an ancient pre-human now known as Mrs. Ples. At the time, many believed the skull, identified as part of Australopithecus africanus, to be around 2.1 to 2.6 million years old. Many also believed the genus Australopithecus to be the likely precursor to the genus homo, marking it as the evolutionary origin of mankind.

Now, though, a new study has thrown all of these beliefs out the window. Researchers published the new study in the journal Proceedings of the National Academy of Sciences. In it, authors Darryl Granger and others posit that the skull date back to between 3.4 to 3.6 million years.

That’s almost a one-million-year difference. As such, this study’s discovery has thrown a wrench into the theories that Mrs. Ples and other skeletons that were dated similarly are the precursors to modern humankind.

What does it all mean?

Granger says the caves in South Africa where Mrs. Ples was discovered hold more Australopithecus fossils than anywhere in the world. The site, known as Sterkfontein Caves, is now part of the UNESCO World Heritage site known as the Cradle of Humankind. The discoveries in the cave have been at the center of debates on the origin of mankind for over 70 years.

Now, though, this new evidence suggests the fossils found in South Africa are from the same time as renowned fossils like Lucy, which was found in Ethiopia back in 1974. Many long considered East Africa the most likely origin of mankind, where the earliest hominin that evolved into the Homo genus resided. So, this study simply adds more merit to those claims.

But, one thing Granger notes is that it is very difficult to date the fossils found in South Africa. But, he does say they are much older than originally thought. At the time the discovery of Mrs. Ples confused many. That’s because the fossil showed a skull more akin to a chimpanzee. Many believed that the brain had evolved at the same time that pre-humans began walking upright.

With Mrs. Ples now dating to a similar period as Lucy and others, though, it once more has scientists scratching their heads. We’ve long searched for the origin of mankind, and now, it seems that scientists will need to keep searching if they hope to find a more definitive answer to that lingering question.