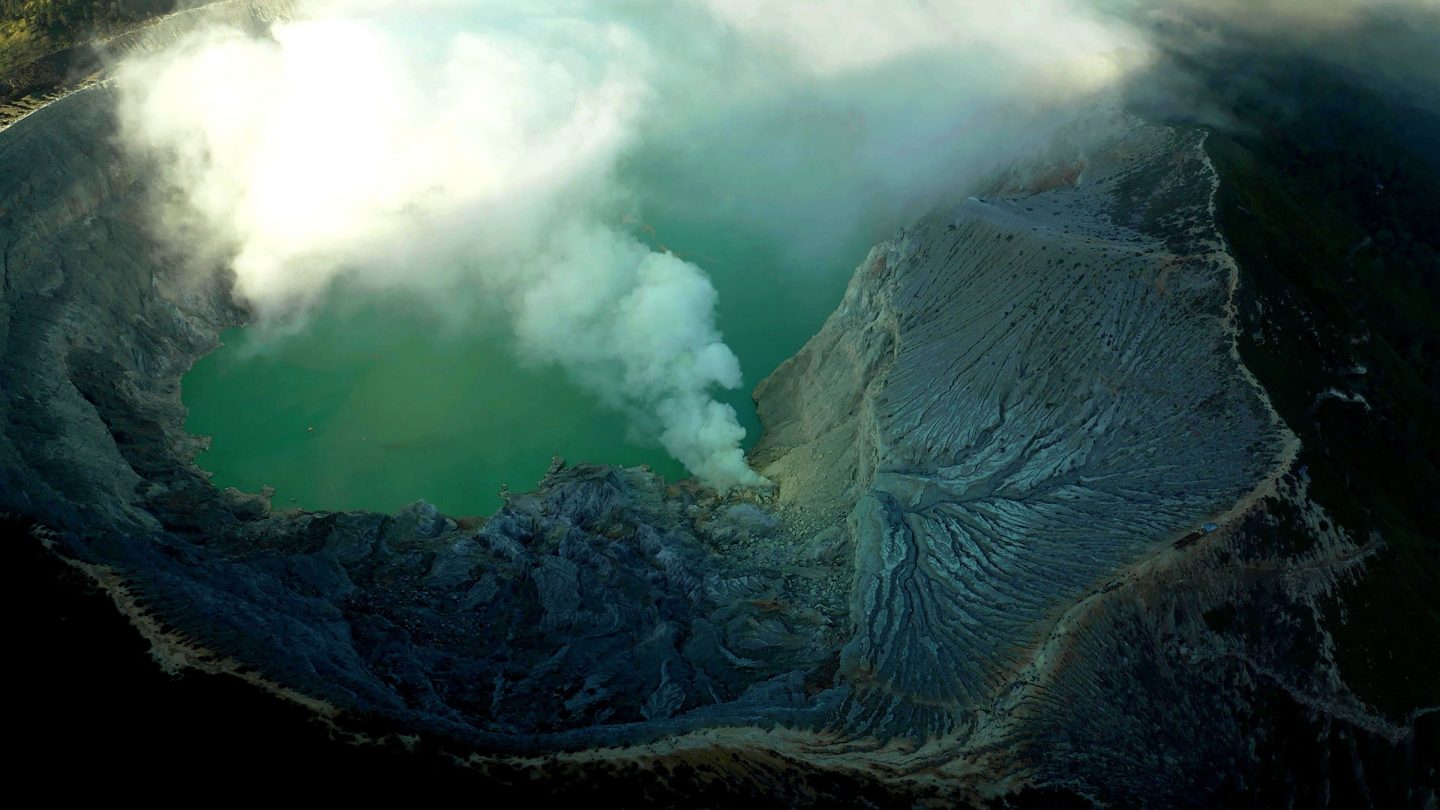 A long-dormant underwater volcano near Antarctica may have erupted, triggering 85,000 earthquakes in the area. Research stations reported the swarm of earthquakes as early as August 2020. They lasted for several months, subsiding in November of that same year. Since then, researchers have been looking for the cause behind the earthquakes.

Researchers “finger” of magma from an underwater volcano near Antarctica caused the earthquakes. The volcano in question is known as the Orca Seamount. It’s an underwater volcano that rises 2,950 feet from the seafloor. The Orca Seamount is located in the Bransfield Strait, which is a narrow passage between the northwestern tip of Antarctica and the South Shetland Islands.

This region is also home to the Phoenix tectonic plate. A study from 2018 says this plate is currently digging beneath Antarctica’s continental plate. The outcome of those movements is the creation of multiple fault zones in the area. These zones have stretched the crust of the Earth in the region, and opened rifts in other places.

Using data from King George Island’s research stations, as well as stations from the global satellite navigation system, the researchers were able to measure the ground displacement. Based on that data, they believe the underwater volcano near Antarctica may have erupted, causing the swarm of earthquakes in 2020.

Lucky to see it

When the swarm of earthquakes began to take place, scientists at research stations on King George Island were the first to feel the rumbling of the Earth. Word of the quakes got back to Simone Cesca, a seismologist at the GFZ German Research Centre for Geosciences in Potsdam. Cesca told Live Science that intrusions similar to these have happened in other places on our planet.

Cesca says we are lucky to have seen such an occurrence. They normally occur over “geologic time scales”, not a human’s life span. Overall, the researchers believe the volcano near Antarctica caused multiple quakes. These included a 5.9 and 6.0 magnitude quake in October and November respectively. They believe these bigger quakes are what caused the ground disruption.

Overall, the ground on King George Island moved around 4.3 inches. The researchers published their findings on the quakes in the journal Communications Earth & Environment. Unfortunately, without diving to the bottom of the ocean floor, there’s no way to fully determine if the underwater volcano is to blame for the swarm of earthquakes.