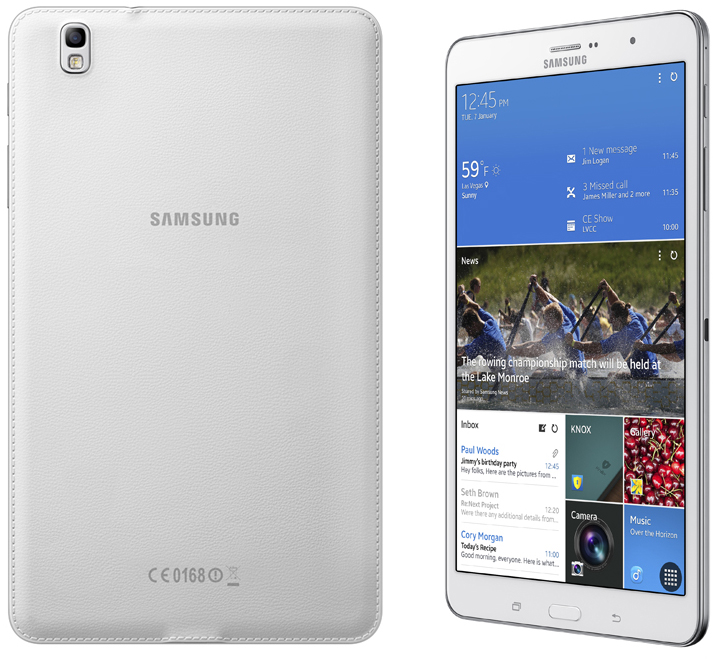 In addition to the recently announced Galaxy Tab 4 family of mid-ranged tablets, Samsung will also introduce a new line of flagship tablets currently known as the SM-T800 models that have already been spotted at the FCC. Various rumors so far have suggested that the tablets could pack 10.5-inch AMOLED displays, and SamMobile now claims it has obtained the other specs for the device.

The publication, which has been accurate with previous Samsung-related leaks, says the SM-T800 tablets will feature a 10.5-inch Super AMOLED display with 2560 x 1600 resolution, likely a quad-core Qualcomm Snapdragon 801 processor, 2GB of RAM, 16/32/64GB of storage, microSD support for storage expansion, 8-megapixel camera, 2-megapixel front-facing camera, USB 2.0 support and a 7,900mAh battery and run Android 4.4.2 KitKat out of the box.

When it comes to wireless connectivity, Samsung is expected to launch Wi-Fi-only as well as cellular SM-T800 models. However, it’s not clear when the new devices will be launched or how much they’ll cost – last week, the company quietly unveiled the three new Galaxy Tab 4 tablets, shortly after those devices were spotted at the FCC as well.

Finally, a commercial name for the SM-T800 isn’t available either. So far, Samsung’s only 2014 flagship tablets are the Galaxy Note Pro and Galaxy Tab Pro (picture above) models unveiled at CES and already launched in various markets.