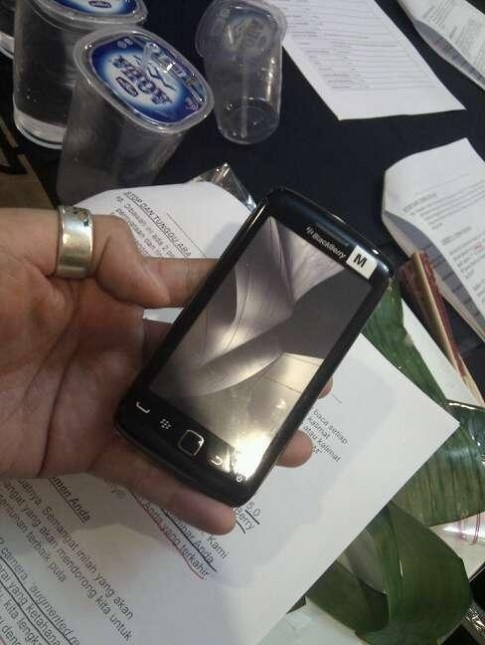 If you are keeping up to date on your BlackBerry rumors for the day, you might have seen this photo floating around that was originally sent in to BerryReview of the BlackBerry “Storm 3”. If you got really excited at the possibility of that phone being the Storm 3, we have to let you know that the device in that photo, is not the BlackBerry Storm 3. Here is what you can expect in the Storm 3 — we have seen the device and multiple sources have informed us of the below specifications:

We weren’t able to snap a photo of the handset, but all in all, we have to say, we’re pretty disappointed. The fact that RIM continues to beat around the bush and offer up almost irrelevant product refreshes while the entire mobile smartphone market continues to push the envelope of user experience, specifications, design, and features worries us. So, we have to ask, is there anyone interested in a BlackBerry Storm 3 on Verizon that’s basically more or less the same phone you bought last year?

UPDATE: Well, the plot thickens. We have been told by an anonymous tipster that the Storm 3, as we have seen and heard it, might actually be a simple Storm 2 refresh. Almost a silent refresh, very different from the BlackBerry Storm 3 device. We’ll keep digging, but it gets weirder and weirder with RIM these days…