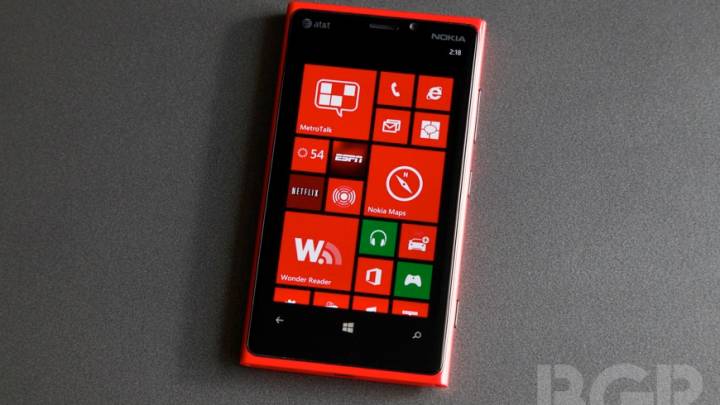 Baffling U.S. launch and relatively bleak projections aside, Nokia’s (NOK) Lumia 920 appears to be off to a good start if U.S. availability – or lack thereof – is any indication. According to TheNextWeb, the Lumia 920 is sold out on Amazon (AMZN) with two-week ship times and AT&T (T) only has the white model in stock. A quick check on Best Buy’s (BBY) website shows it still has plenty of Windows Phone 8-powered Lumia 920s in stock, though.

At $99.99 with a two-year contract, the Lumia 920 is a bargain for a device with a PureView camera and Microsoft’s (MSFT) strongest mobile OS to date. We’re yet not sure if the Lumia 920’s “sellout rates” are due to strong demand or weak supply, though, and we won’t know until Nokia reports its holiday quarter. In the meantime, the stock-outs could be caused by the phone’s low price, low inventory per store and online, or an uptick in sales from the holiday shopping rush. Or maybe customers really are digging colorful smartphones.

Still, the fact that the Lumia 920 is performing well enough to be out of stock, as TNW suggests, could be good news for both Nokia and Microsoft who have placed their biggest bets yet on Windows Phone 8. However, any initial success enjoyed by the Lumia 920 doesn’t mean either company should rest on its laurels.

The most important part of releasing a new smartphone isn’t pushing it out of the gate, it’s maintaining built-up momentum to sustain prolonged growth in the months after launch. In Nokia’s case, it really doesn’t want a repeat of the Lumia 900.

BGR reviewed the Lumia 920 and concluded it’s a beautiful smartphone with a refreshing operating system, but ultimately is too heavy for a smartphone, especially when compared to alternatives. Windows Phone 8 also still has a big app problem with no end in sight.