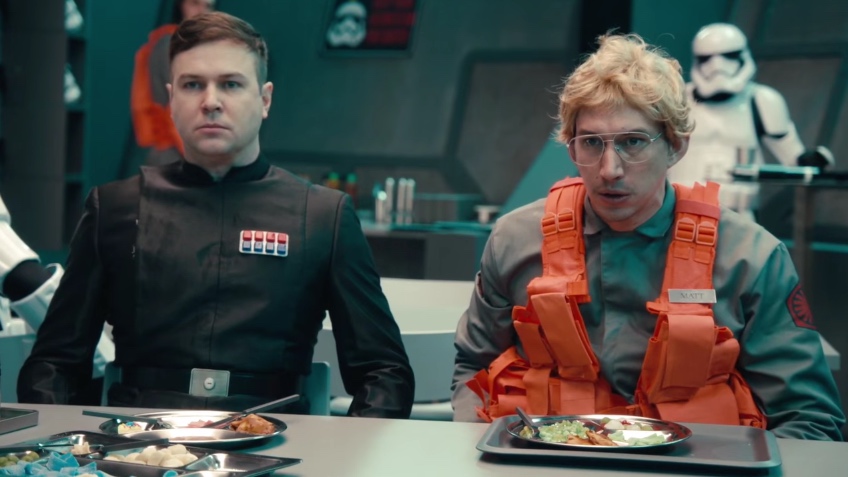 Over the weekend, Adam Driver hosted Saturday Night Live and reprised his role of Kylo Ren from Star Wars: The Force Awakens during a hilarious spoof of the CBS show Undercover Boss.

If you’re unfamiliar with the show, the premise of Undercover Boss is simple: they take the CEO of a highly successful company and send him or her undercover to see what life is like for everyday employees. Typically, the CEO has some sort of revelation after seeing how hard and demanding life can be for employees on the ground floor.

If you’ve seen the show before, the parody here is spot-on, right down to the music and the heart-to-heart moments with employees. As for Ren’s disguise, he opts to go undercover as a radar technician named Matt.

“You get so caught up in restoring the galaxy to its rightful state that you miss what’s going on behind the scenes,” Ren says as the clip kicks off. “I’m looking forward to having some real talk with some real folks.”

As it stands now, the clip already has over 3 million views, already making it one of Saturday Night Live’s most popular clips over the last 12 months.