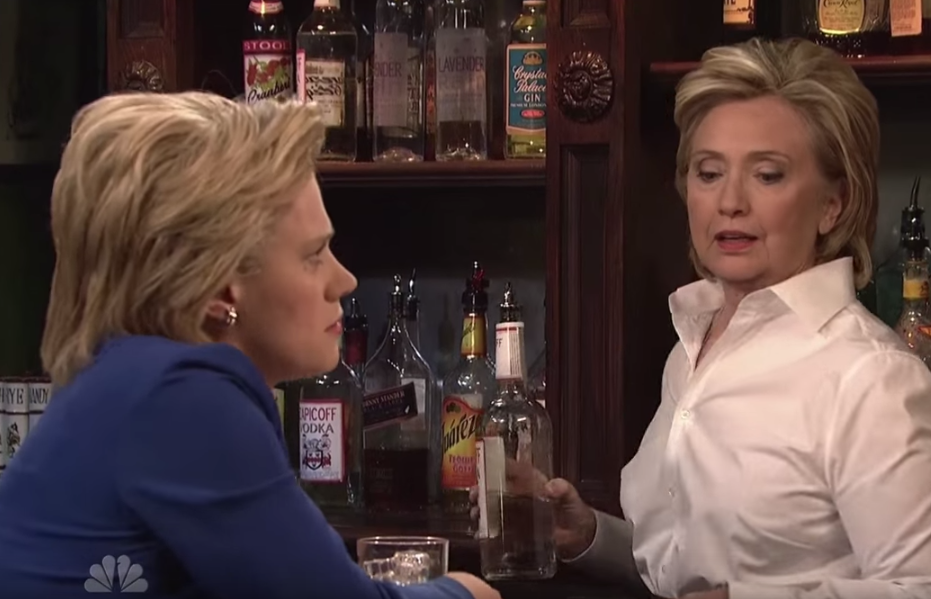 With each season of Saturday Night Live consisting of about 20-22 episodes, we’re already about half way through the show’s 41st season. Since the season premiere back in October, we’ve seen 9 new episodes deliver no shortage of great sketches and, per usual, viral video shorts.

With the current season set to resume on January 16 with host Adam Driver – who you might otherwise recognize as ‘that guy’ from Girls or, more recently, Kylo Ren from Star Wars: The Force Awakens – we figured it was as good a time as any to take a look back at the first half of SNL and compile a list of the most popular sketches based on overall YouTube views.

As was to be expected, SNL over the past few months really capitalized on the upcoming Presidential election. In addition to spoofing Presidential candidates like Hillary Clinton and Bernie Sanders, the show even managed to snag Donald Trump himself as a host this past November. Not surprisingly, many of the videos that garnered the most attention this season were politically oriented.

This clip is SNL at its best. Equal parts provocative, wacky, and even nonsensical at times, the clip hilariously demonstrates how the power of Adele’s music can help bring people together. Aidy Bryant, per usual, delivers a fine acting performance.

Kate McKinnon steals the show in this clip featuring three people being interviewed after being abducted by aliens. Whereas two of the abductees describe moments of pure bliss, McKinnon knocks it out of the park with a completely different take. While the premise of this clip is pretty standard as far as comedy sketches go, the execution here is masterful and well worth watching.

While SNL debate spoofs can be hit or miss, this clip is notable due to the surprise appearance of Larry David (himself a former SNL writer) who showcased an eerily accurate Bernie Sanders impression.

Featuring Amy Schumer and SNL cast member Kyle Mooney, this sketch parodies a stereotypical adult film in a school setting, only to see the festivities continually interrupted by an earnest schoolgirl brilliantly portrayed by Aidy Bryant.

Donald Trump stint as SNL host was mostly a bore, save for this video spoof of Drake’s “Hotline Bling” video. This video may already be a bit dated, but it may be worth watching if only to see Trump’s repertoire of dance moves, not to mention a cameo from Martin Short.

I’m surprised that this wasn’t more popular, what with the insane amount of press Star Wars has been getting over the past few weeks. In any event, the video below is something of a showcase for SNL’s stars to showcase their impression skills. This one has a whole lot of laughs, due in large part to an impressive selection of celebrity impressions, including Sofia Vergara and David Beckham. Also be on the lookout for a number of Hollywood cameos. The best, though, is Bobby Moynihan’s impression of George Lucas.

What better way to pump up ratings than to bring back Will Ferrell and have him reprise his iconic George W. Bush impression. In this particular sketch, Ferrell, as Bush, announces his candidacy for President and explains why all the other Republican candidates aren’t qualified.

Taran Killam does a solid job as Trump and really nails many of his mannerisms. Cecily Strong also does a fine job portraying his wife. While nothing in this skit stands out in particular, it’s consistently funny throughout.

As a stand-up by trade, it’s no surprise that Schumer really delivered with her opening SNL monologue, touching on all sorts of topics, including dating Bradley Cooper and skewering the Kardashians.

“Is that a great message for little girls? A whole family of women who take the faces they were born with as a light suggestion?”