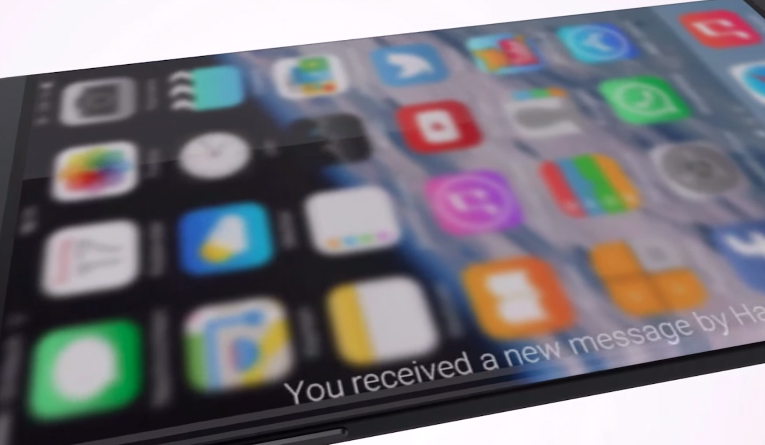 Even if a curved display is not really a must-have smartphone feature, the Galaxy S6 edge has turned quite a few heads since being released in March, thanks largely to its unusual design that blends several iPhone 6 elements with a screen that’s beautifully curved on both sides.

But what if Apple made edge-like iPhones? Apparently that’s the question one designer tried to answer with help of a few interesting iPhone 7 renders.

DON’T MISS: Microsoft’s brand new iPhone app might change how you use email and chat

As it can be seen in the video below, Hasan Kaymak’s “iPhone 7 edge” concept looks fairly similar to the iPhone 6. The most obvious change concerns the sides of the phone, which have been turned into edge-like screens — though the bezel-less display isn’t as curved as the Galaxy S6 edge’s. Just like the Samsung phone, this iPhone 7 would have special features assigned to the subtle sloping sides, like displaying notifications.

Kaymak’s iPhone 7 is also slimmer than the iPhone 6, measuring just 6mm, and it has a more polished antenna design.

The video showing this iPhone 7 edge concept follows below.