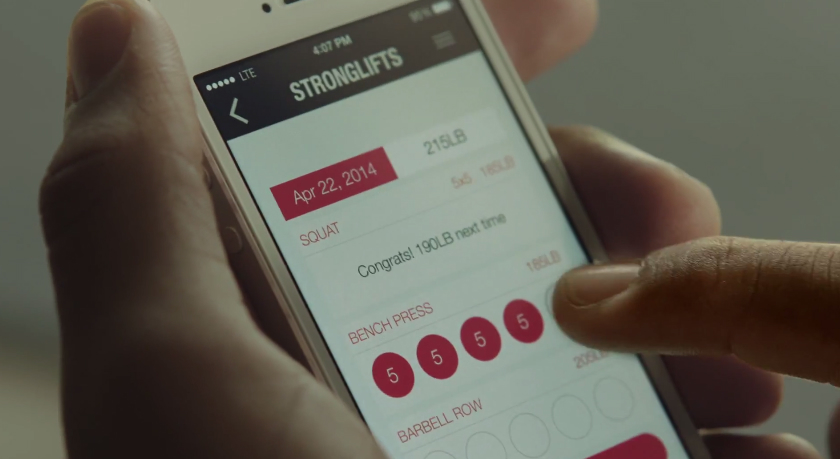 Apple is far from releasing the iWatch, a device that will reportedly pack plenty of health and fitness sensors to help users collect various data that would be stored on an iOS device inside the newly unveiled Health iOS 8 app, but the company is clearly putting more and more emphasis on wearable tech in its announcements. After confirming the Health app and announcing the corresponding HealthKit tool for developers at WWDC 2014, Apple has released a new iPhone 5s ad that’s all about exercise.

Titled “Strength,” the short one-minute clip shows various iPhone owners that rely on various other gadgets and/or iOS apps during their daily fitness and sports routines to improve their performances. Further proving that health and fitness now play a major role in Apple’s iOS-related plans is Robert Preston’s “Chicken Fat” song running in the background. Written in 1961, the song was created specifically for the President’s Council on Physical Fitness initiative to encourage children to do more exercise.

Just like with other recent ads, Apple has published the ad both on YouTube and on its website where it also lists the existing iOS apps that can be used on the iPhone to keep track of various sport-related activities and improve one’s performance.

The “Strength” ad follows a similar iPhone 5s commercial called “Powerful,” which mostly focused on the creativity-related apps the handset offers access too.