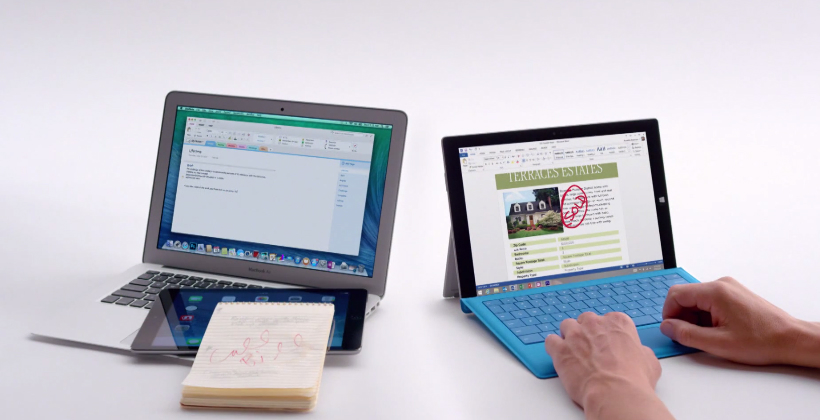 The year is young but we already have plenty of rumors about 2015’s upcoming Apple products, including the thinner-than-ever 12-inch Retina MacBook Air, the Apple Watch, the bigger 12-inch iPad Pro, new iPhones, or iOS 9, the next major step in Apple’s mobile OS. Speaking personally, I’ve been struggling for a while about whether I want to buy an iPad Pro or a 12-inch MacBook, and now one hardcore Apple fan may have just given me something else to consider.

Assuming Apple will launch two similarly sized devices this year running completely different operating systems, some buyers may find themselves having to choose between them as their next main computers.

Those people wondering whether the bigger iPad could become a dependable computer that could be used as a work PC should definitely read the extensive iPad Air 2 review written by MacStories’ founder and editor-in-chief Federico Viticci in which he explains why Apple’s latest iPad is his main computer that can be used for both work and fun.

In fact, Viticci explains that he has been relying on various iPad models for several years for work-related activities, mainly due to personal health reasons, even if that meant having to depend on an operating system that wasn’t as flexible as OS X, and which couldn’t always handle more complex workflows.

However, thanks to Apple’s significant advances both on the hardware and software fronts, Viticci says the iPad Air 2 is a much more capable workhorse than any of its predecessors.

Even with iOS 8’s well documented issues, the iPad Air 2 is still a tremendously more useful computer compared to older iPads, as it’s capable of getting closer to the capabilities of the Mac.

MacStories’ entire iPad Air 2 review — which offers plenty iOS 8 tips and tricks, as well as examples of apps that turn the tablet into a highly effective work device — can be accessed at this link. The article also explains some of the downsides on using the iPad as the main computer, which should also help users who are leaning towards getting a Mac or Windows computer instead.

“Liberating. The iPad is a computer that lets me work and communicate at my own pace, no matter where I am, Viticci concludes. “That, I think, makes it pretty good.”