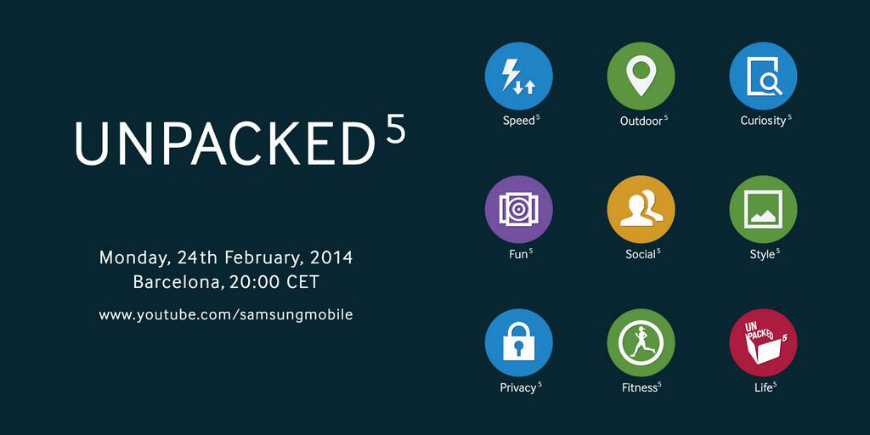 Samsung on Tuesday posted a teaser image for Unpacked 5, which is set to take place in Barcelona, Spain, on February 24th at 8:00 p.m. CET. The show, which has already been confirmed to be dedicated to the Galaxy S5, will also be live-streamed on YouTube. The image above was released by Samsung on Tuesday and it shows various icons arranged in a grid that seem to indicate Samsung may use round app icons in its TouchWiz UI refresh, although that’s just speculation at this time. The company has been recently rumored to bring a new user interface to its smartphones, with the Galaxy S5 being the kind of device that Samsung would use to highlight any new TouchWiz changes.

Considering the recently inked Google-Samsung deal, it will be interesting to see how far Samsung will take TouchWiz customizations for its Galaxy S5 flagship, as Google isn’t happy with how the South Korean giant has personalized the UI on some of its most recent devices, including the new Pro line of tablets.