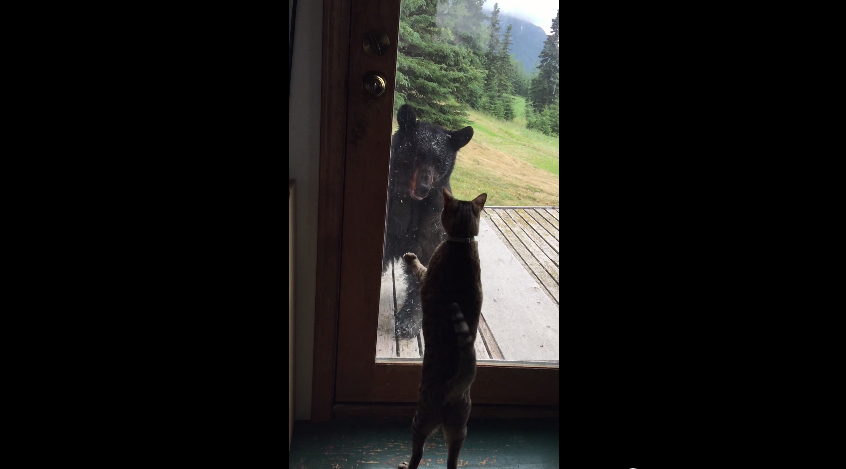 A study recently revealed that watching videos of funny cats during the day can definitely cheer you up, and improve productivity, even if that means doing some procrastinating on YouTube before actually getting work done. But while cats can cheer up humans, bears aren’t similarly entertained, as we can clearly see in a new funny cat video.

Apparently, it’s pretty common to see bears in Alaska pop up out of the woods and come up to your door. Cats aren’t thrilled to see these huge animals poking around their territory, however. And a few days ago, one feline owner captured a brilliant cat reaction to a nosy bear on video.

We won’t spoil the video for you, but we will say that the bear in question will probably remember this particular encounter with a protective cat, and it might even stay away from people’s houses for the foreseeable future.