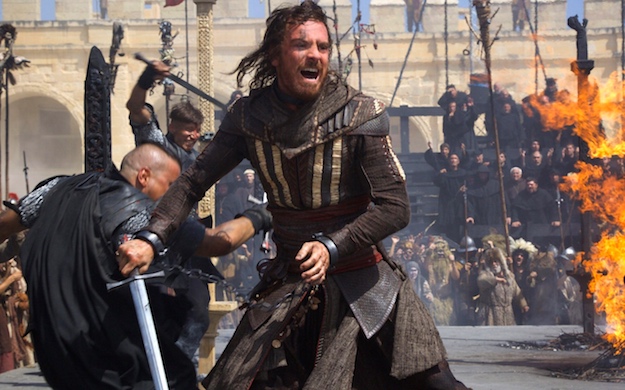 Movies based on popular video games tend to fall into either one of two categories: they’re either so boring that we quickly forget about their existence or they’re so comically bad and unwatchable that they essentially become legendary, with 1993’s Super Mario Bros film being a prime example.

All that said, Hollywood has never been afraid to make the same mistake twice — or even 50 times for that matter — so even in 2016 we’re still being bombarded with a seemingly endless number of video game-to-movie adaptations. With the Angry Birds movie thankfully behind us, we can now turn our attention to a film that might surprise us all and actually be entertaining — Assassin’s Creed. We’ve been playing various incarnations of the game for years now, and a film based on the popular video game franchise is slated to hit theaters later this December.

Starring Michael Fassbender, Marion Cotillard and Jeremy Irons, the film should, at the very least not be short on wild and crazy action. Case in point: one of the stunts for the film involved a stunt man performing a 125 foot free fall jump, aka a Leap of Faith. What makes the stunt so incredible is that it marks the highest free fall jump by a stunt man in nearly 35 years.

You can check out a brief clip of the stunt below. A fuller version can be viewed over here via ScreenRant.

The official trailer for the film can be viewed below.