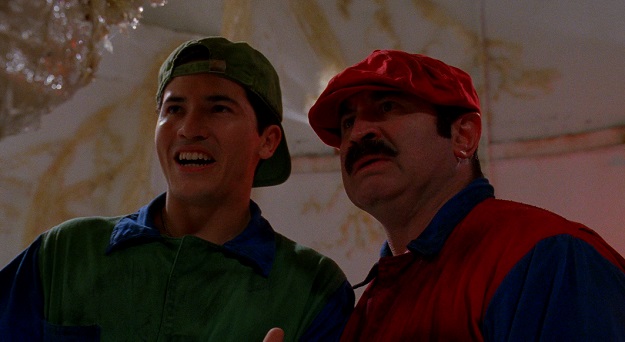 Independently, playing video games and watching movies are immensely enjoyable activities. But when the two mix, the result is often an exercise in disappointment. Likely rooted in Hollywood’s never-ending effort to print money without exercising an ounce of creativity, movie executives always seem keen on taking whatever video game happens to be hot at the moment and turning it into a movie. Even in the face of ridicule and a string of box office failures, we’ll likely never see Hollywood stop trying to turn popular video games into hit films.

So with the latest video game inspired movie disaster just around the corner (read: Warcraft, which is set to hit theaters on June 10), our sister site Variety recently compiled a list outlining the 7 worst video game adaptations of all time. Now I know what you’re all thinking: how could they have possibly narrowed the list down to only 7? It’s a valid question, but the list itself is nonetheless pretty solid. Below are a few of the highlights.

I loved playing Double Dragon back in the day, both in the arcade and on the old NES. But was this video game really deserving of a movie? Released in 1994, with Scott Wolf and Alyssa Milano as part of the ensemble, the film was a bust from day one. Not surprisingly, the film has a score of just 8% on Rotten Tomatoes.

Curious as to what this monstrosity of a film looked like? Check out the trailer below.

Likely the most influential, iconic and widely recognized video game of all time, Super Mario Bros has been a successful game franchise for decades. And with good reason, the characters are beloved and fit in nicely to any number of varying environments. Unfortunately, the notion of two plumbers serving as the focal point of a movie is a stretch that even Mario and Luigi can’t make sense of.

Bob Hoskins and John Leguizamo stepped into the red and green overalls of two of the most iconic video game characters of all time. Unfortunately that’s about all this movie had in common with the games. Looking past the atrocity they pulled on the Goombas, this film was such a critical and financial disaster that Hoskins has gone on record saying it was “the worst thing I ever did.

Even the tagline for the film was atrocious: “This ain’t no game. It’s a live-action thrill ride!”

The trailer for the forgettable 1993 film can be viewed below.

Make sure to hit the source link below for the full list of atrocious video game movie adaptations. From Mortal Kombat to the laughably bad Street Fighter: The Legend of Chun-Li , you’ll undoubtedly see more than a few recognizable titles you probably wish you could forget about permanently.

As a quick aside, some notably bad video game movies that didn’t make Variety’s final list include Max Payne, Hitman, and Wing Commander.