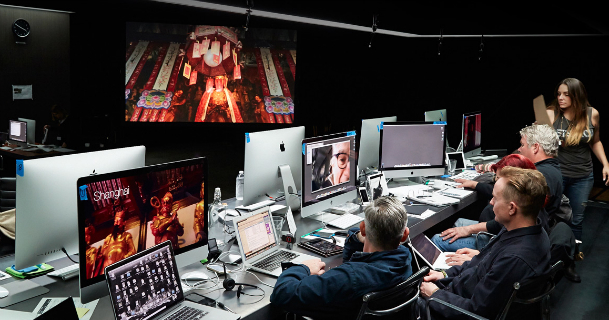 Instead of competing with the usual rivals in the tech business for the consumer’s attention during this year’s Super Bowl edition, Apple decided not to pay for airtime this year, Re/code reports, and instead rely on social media to promote its special Mac project.

To celebrate the 30th birthday of the Mac, Apple had one more thing up its sleeve. The company dispatched 15 teams on five continents on January 24 to record a special birthday clip using only one device, Apple’s 2013 iPhone 5s. Over 70 hours of footage, showing regular people using a variety of Apple devices during a normal day, have been recorded using the iPhone 5s, with the company then putting together the pieces for a single clip.

“Over the course of the day, we documented dozens of extraordinary stories. Archeologists creating 3D renderings as they uncover the buried secrets of Pompeii.” Apple wrote on the special web page dedicated to the 1/24/14 video, which was published on its website. “A journalist in Puerto Rico editing video footage on his Mac from the back of a jeep. Kids in Paris making music on an iPad by simply moving their hands through sand.”

Ridley Scott’s son Jake directed in real time the entire thing from a central command in Los Angeles, as videos were uploaded while they were being recorded. The entire production took 36 hours to complete, considering the time zone differences between various regions of the world. Apparently the iPhone 5s was all the team needed to meet “their very high standards.” “There’s a sense of liberation about being able to tell these stories with this device, to explore it and investigate it — to see what the iPhone is capable of, and then to push it and stretch it,” Scott said.

Angus Wall, “one of the most sought-after editors in Hollywood,” came up with the final version of the special Mac ad with help of a team of 21 editors (video above). Both Scott and Wall employed Macs and iPads to direct the shooting and edit it, respectively.

Lee Clow, the same ad agency creative director who was behind the iconic Mac ad released in 1984, worked on this campaign with Apple.