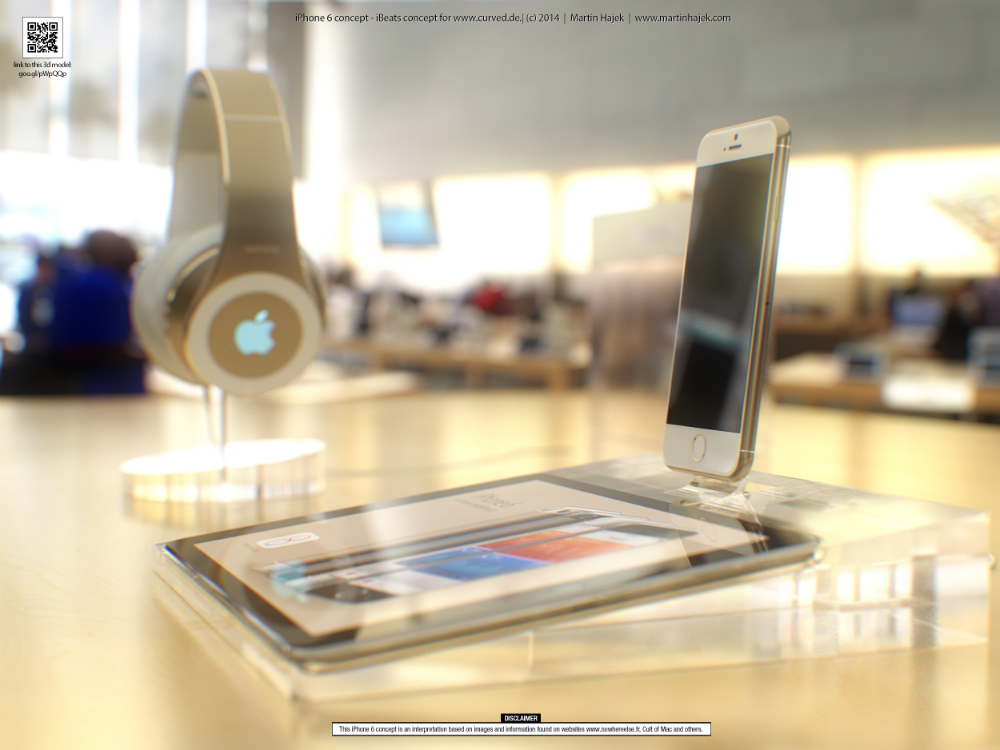 One of the business tenets that has led to Apple’s incredible success is that the company isn’t afraid to cannibalize its own products. If anything, Apple tends to embrace such scenarios, with Tim Cook once explaining that Apple views “cannibalization as a huge opportunity.”

“Our core philosophy is to never fear cannibalization,” Cook said during an earnings conference call two years ago. “If we don’t do it, someone else will. We know that iPhone has cannibalized some of our iPod business. That doesn’t worry us.”

With that said, one can only hope that Apple will take steps to actively cannibalize its own iTunes business. If they don’t, some other company will, and it may happen sooner than anyone thinks.

Three weeks ago, Warner Brothers Music, one of the biggest record companies on the planet, said that revenue from streaming services like Spotify and Pandora surpassed revenue from digital downloads for the first time in the history of the music business. It’s also worth noting that digital downloads in 2013 experienced a year-over-year decline for the first time since the iTunes Music Store launched in April of 2003.

The writing on the wall couldn’t be any clearer: streaming music, whether it be ad-supported or via a monthly subscription service, is how most people prefer to listen to music. Steve Jobs’ old adage about how consumers prefer to own their music simply isn’t true anymore.

Apple, of course, isn’t oblivious to this phenomenon. After all, the company did buy Beats for $3 billion last year and has plans to introduce a revamped streaming service dubbed Apple Music next week at WWDC. That’s all well and good, but if Apple wants to remain relevant in the music business, it will have to actively try and cannibalize an iTunes business that has performed dutifully for over 12 years now.

Streaming music is the wave of the future and Apple needs to embrace it at full throttle. Doing so means that Apple needs to focus all of its efforts towards ensuring that Apple Music is the best streaming service in the business, even if it means cutting into its tried and true iTunes revenue stream. Anything that Apple can do to bolster the popularity and visibility of Apple Music must be carried out, no questions asked.

Otherwise, Apple Music is destined to suffer the same fate as iTunes Radio, Apple’s embarrassingly transparent attempt to funnel users into iTunes in an effort to bolster sluggish digital downloads. Compounding the problem was that the UI on iTunes Radio was a bit muddled and, even worse, its song recommendation algorithm was nowhere near as good as Pandora’s.

Point being, iTunes Radio didn’t represent a genuine attempt from Apple to embrace music streaming. With Apple Music, Apple has to take the opposite approach and go all-in with a streaming service that’s so damn good it will hook users in and keep them in for the long haul. If Apple wants to truly take on Spotify and Pandora, it can’t position Apple Music as a mere pathway to iTunes. Instead, it must be positioned as a replacement.

Still, one can only hope that Apple isn’t hoping to sit atop the streaming heap by strong arming the competition out of the way. Ideally, an Apple streaming service would be so compelling in its own right that it would naturally eat away at Pandora and Spotify’s userbase.

While it remains to be seen how Apple Music will look and operate, Apple at the very least has seasoned music industry professionals working on the service. Not only is longtime music industry bigwig Jimmy Iovine involved, but previous reports have indicated that Apple’s streaming music service is being spearheaded by Nine Inch Nails frontman Trent Reznor.

As a final point, the Wall Street Journal this week published a report suggesting that Apple does, in fact, appreciate the shifting landscape of the music business. Apple, at long last, is seemingly prepared to go for the jugular.

People familiar with Apple’s thinking say the company is prepared to cannibalize its download business in favor of streaming. The subscription model offers the prospect of more revenue for both Apple and the biggest music labels. Apple’s push may include prompting people who download a $10 album to instead subscribe to the streaming service for $10 a month, those people said.

Apple plans to promote the new subscription service aggressively, with a major advertising campaign. It may offer a free trial period, and is expected to let record companies and artists make certain songs available free, much as they now use SoundCloud and YouTube to promote new songs.

What’s more, the Journal relays that Apple will be making its upcoming Apple Music service available to Android owners as well.

Come next Monday, it’ll be fascinating to see what Apple has been working on. One thing’s for certain, though: Given the immense popularity of Spotify, Apple has no choice but to bring its A-game. And even then, there’s no guarantee it can chip away at Spotify’s already commanding lead in the on-demand streaming market.