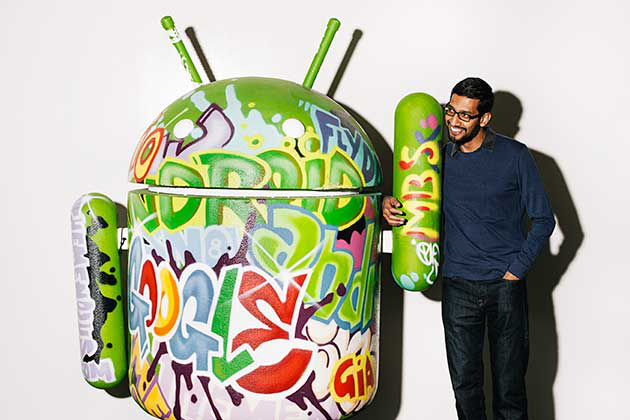 Unlike last year’s Android 5.0 Lollipop update, Android M isn’t a major stylistic overhaul of Google’s popular mobile platform. However, it does have some terrific looking new features that are definitely worth getting excited about. Let’s recap the five best ones below.

FROM EARLIER: The future of Android is here: Google announces Android M

How good is Now on Tap? If you’re playing a song by Rihanna and you ask “What’s her full name?”, Google will be able to tell you that it’s “Robyn Rihanna Fenty.” Or if you’re driving a rental car, Google might let you know about nearby gas stations when you’re close to the end of your trip so you don’t drop it off with an empty tank.

Granular app permissions: Have you ever gone to download a cheap Flappy Bird knockoff and been horrified that it wants access to your contacts list, camera and microphone? Well Google’s aiming to put a stop to shady app permissions requests with a new system that will let you grant permissions for apps individually instead of giving them to you as an all-or-nothing proposition in the Google Play Store.

So let’s say you’re playing your Flappy Bird knockoff and the app wants access to your microphone to enable a certain feature you’re trying to use. Now it will ask you for permission to do so and you can deny its request while still being able to play the game as you were before.

Android Pay: Yes, Google tried the digital wallet once before with Google Wallet but that never really caught on. Now with the addition of fingerprint scanner support in Android M, Google is giving it another shot with Android Pay. Google says that 700,000 retail locations will support Android Pay when it releases this fall, although whether mobile payments will really ever catch on is still an open question.

Doze: Finally, this feature is designed to combat the ever-present problem of battery drain on Android devices. Doze will use your device’s sensors to tell when you haven’t been using it for a while and it will shut off all your phone’s background activity until you pick it up again. At the very least this should significantly increase the standby battery life of your device even if it doesn’t do much to improve your device’s battery consumption during actual use.