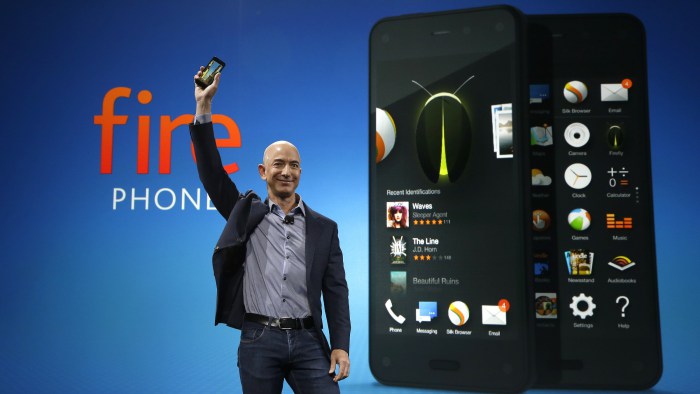 As many people have predicted, Amazon’s Fire Phone looks like a flop of the first order, although we’ll never know for sure just how big of a flop it’s been since Amazon wisely won’t release sales figures for the device. To make up for this lack of concrete data, The Guardian’s Charles Arthur has done some guess work using data provided by both Chitika and ComScore to come up with an estimate for Fire Phone sales and the numbers are even uglier than we could have imagined.

By combining Chitika’s findings that the Fire Phone has accounted for only a tiny blip of North American mobile traffic since its launch with ComScore data on overall smartphone sales in the United States, Arthur estimates that there are now only 35,000 Fire Phones being used in the U.S. right now… and that’s a best-case scenario.

“Therefore even allowing for margins of error, it seems unlikely — based on Chitika’s data and the ComScore data — that there were more than about 35,000 Fire Phones in use after those 20 days [of being available],” writes Arthur. “Amazon had not responded to a request for comment on the calculation by the time of publication.”

The reasons for the Fire Phone’s flop are numerous and obvious: It was launched as an exclusive on AT&T, it was priced as highly as established brands such as the iPhone and the Galaxy S series even though it was a very late entrant, and it didn’t offer any compelling features outside of a 3D display and other gimmicks. In retrospect, comparisons between the Fire Phone and HTC’s ill-fated “Facebook Phone” may have been unfair to the Facebook phone.