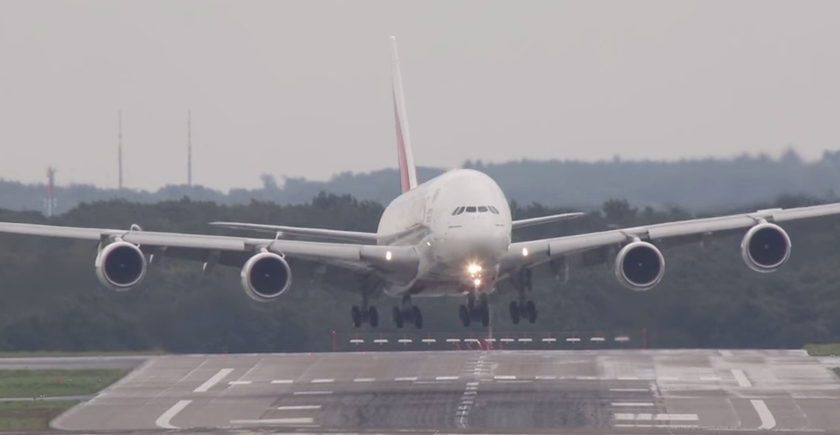 We’ve seen a bunch of airplane pilots making heart-stopping, death-defying crosswind landings, but that doesn’t make watching similar experiences any less scary, especially if you hate flying. A new video captured over the weekend in Dusseldorf, Germany, shows a huge Airbus A380, which happens to be the world’s largest passenger airliner, making such a landing.

On top of the high winds, the runway was very wet, the YouTube user added, saying that the A380 touched the ground “a little late.” The A380 replaced the Boeing 777-300 on the Dusseldorf-Dubai route flown by Emirates four months ago, Cargospotter said.

The giant double-decker airplane holds a maximum of 853 passengers, and it is some 236 feet long and has a maximum takeoff weight of 1.27 million pounds. The A380 has a maximum range of 8,500 nautical miles that allows it to fly non-stop from Dallas, Texas to Sydney, Australia.

The full video follows below, with more scary landing videos available at this link.