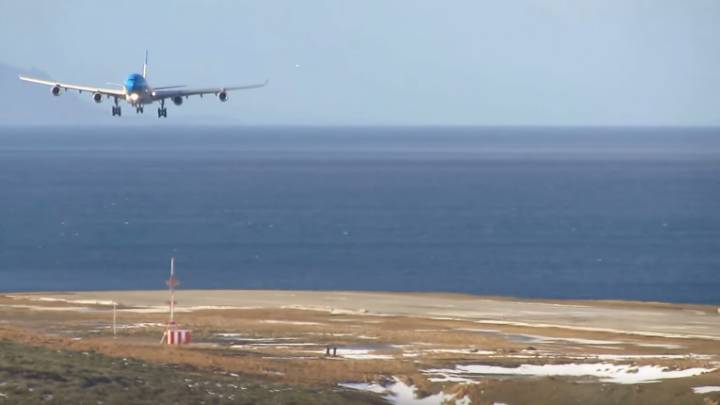 In late July, a commercial Boeing 777 made an insane landing in a 75mph windstorm, and the intense experience was recorded on video. A few days later, an Airbus A340 made a similar death-defying landing in Argentina and the whole thing was once again caught on video.

Skilled Aerolineas Argentinas pilots landed the airplane on August 5th at the Ushuaia International Airport in Argentina. Posted on YouTube by user carosh79, the viral video was apparently recorded by tower personnel at the airport.

The 30-second clip below shows the A340 on its final approach, with crosswinds preventing the pilots from straightening the plane’s nose until it actually touches down on the runway.

The experience is very scary, something that’s abundantly clear as you listen to the person recording the clip – just see and hear it for yourself.