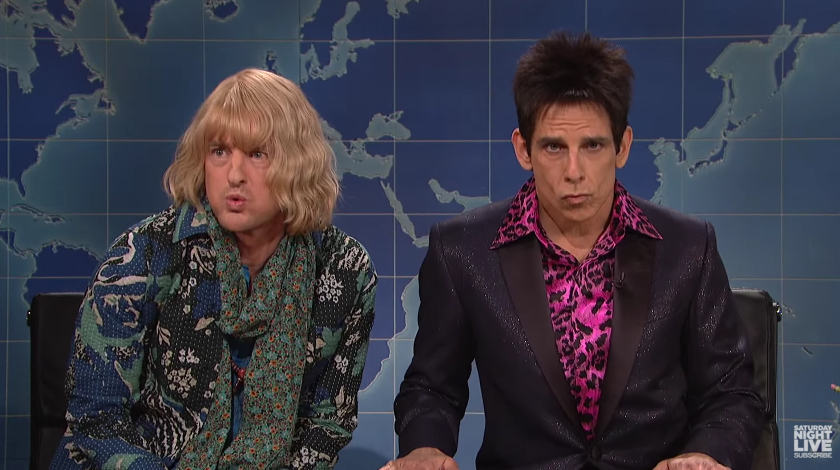 You might think Derek Zoolander and Hansel are just stupid male models who don’t pay attention to world events and politics. But it turns out they’re pretty well informed. They know there’s a presidential election coming up and they can totally explain the fashion behind it. Furthermore, they’re very much aware that Donald Trump came in second place at the Iowa “couscous,” and they recently joined the Internet in mocking him.

In a sketch for SNL’s Weekend Update on Saturday, Ben Stiller (Zoolander) and Owen Wilson (Hansel) appeared on the show as their Zoolander 2 characters. “We’re not here to talk about fashion,” Hansel said. “We’re here to talk about the one thing everyone wants to hear male models talk about: politics.”

The duo shared their opinions on the styles of the most important candidates on both sides of the aisle, making fun of their choices. Trump wasn’t the only candidate the male models mocked.

Zoolander 2 opens in theaters on February 12th but until Friday, you should definitely check out this new SNL sketch.

While you’re laughing at the expense of political candidates running for office, you should also see this fresh SNL Bernie Sanders impersonation by none other than Larry David.