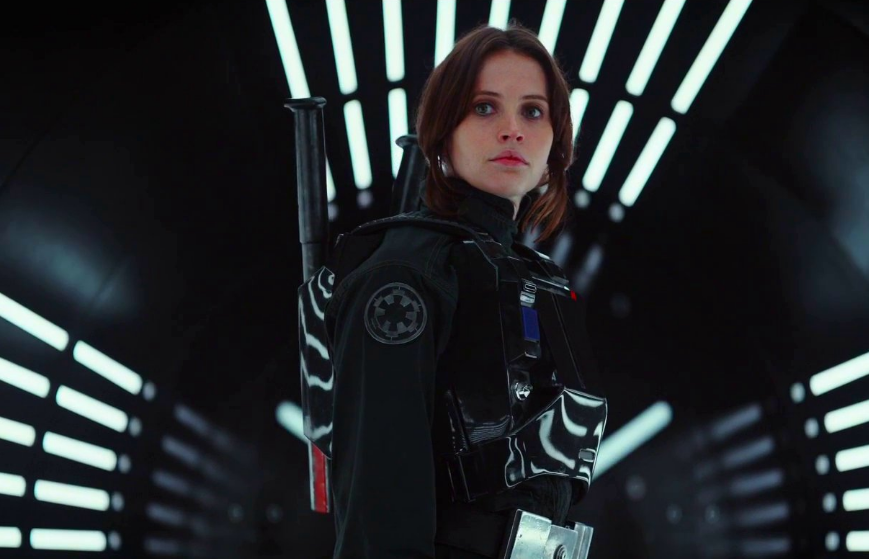 It’s officially December, which means we’re closer than we’ve ever been to the release of the first ever Star Wars spinoff movie. In the days leading up to the launch of Rogue One: A Star Wars Story, you can expect to see Felicity Jones (who plays Jyn Erso in the movie) on every talk show and magazine cover in sight.

That was the case on Wednesday night, when she appeared on The Tonight Show with Jimmy Fallon to discuss the training that she had to undergo in preparation for her part, but we also got to see the first official clip from the movie.

SEE ALSO: DirecTV Now is off to a really bad start

After getting righteously owned by a lightsaber-wielding Felicity Jones, Fallon introduced a short, unedited clip from Rogue One — the first we’ve ever seen. If you want to see it, skip ahead to the 3:10 mark in the video below:

Although we’ve seen glimpses of this scene in trailers and TV spots, it’s the first time we’ve really had the chance to see Jyn Erso battle for longer than an instant. As expected, she’s a skilled combatant, and has no issue beating the crap out of a bunch of stormtroopers, with or without a blaster by her side.

We also get to see a funny moment between Jyn and the reprogrammed Imperial security droid K-2SO (voiced by Alan Tudyk), in which Jyn nearly shoots the robot in the heat of battle. He is, understandably, a bit distressed by the incident.