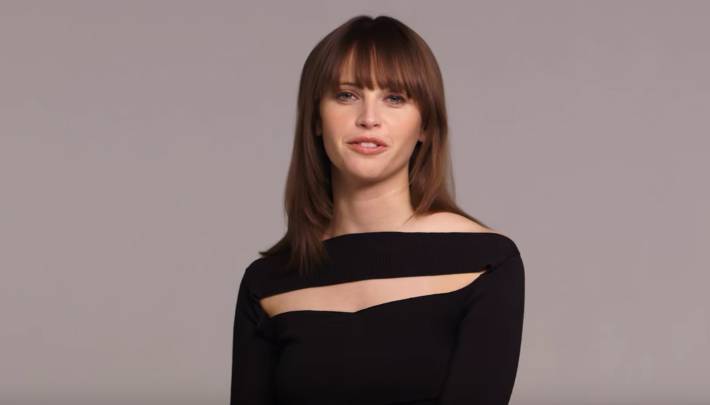 Felicity Jones plays Jyn Erso, the newest hero in the Star Wars universe. Jyn will lead a band of daring rebels in Rogue One, hunting down the schematics of the Empire’s most dangerous new weapon. But while we wait for Rogue One to hit cinemas, Jones is ready to entertain us with a different kind of Star Wars experience.

In a shoot with Glamour the actress gave some of the most important old and new characters in Star Wars yearbook-like superlatives.

Jones does yearbook quotes for plenty of other Star Wars characters, including Rey, Darth Vader, Han Solo, C-3PO, and others, so check out Glamour’s full video below. This is likely just one of the many stunts Disney is preparing in anticipation of the upcoming Star Wars movie — check out the latest trailer for the movie.

Rogue One hits theaters on December 16th, with tickets already available online for preorder. And before you ask, no, there’s not going to be a Rogue One sequel.