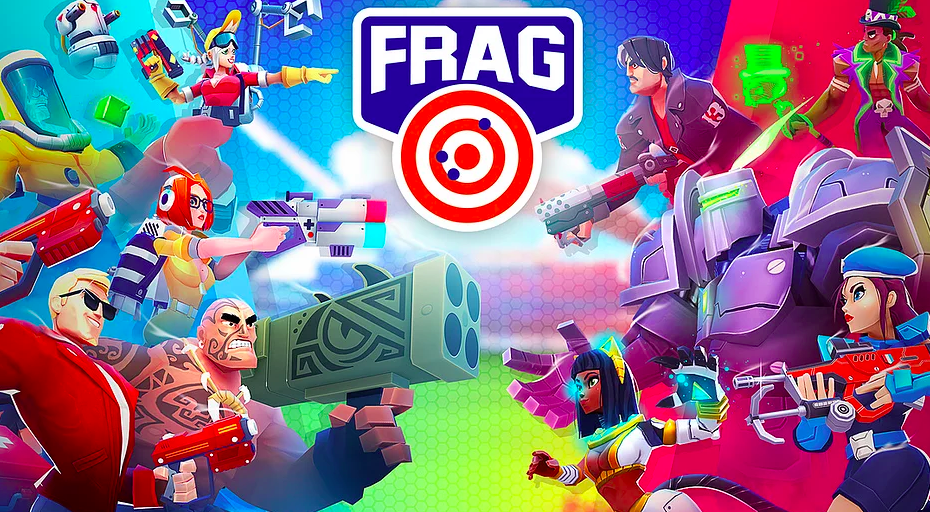 A Paris-based mobile gaming studio called Oh BiBi has raised $21 million to build the next big thing in on-the-go, casual gaming, with an eye toward making a big splash in a space currently dominated by titles like Fortnite.

The newest title in Oh Bibi’s small lineup of games is a first-person shooter called Frag, in which players compete in head-to-head matches. The company — run by former Gameloft designers who worked on hit titles there like Minion Rush — is launching a beta of Frag in July on iOS and Android, and also worth noting is that the company goes the freemium route with its games, with players able to make in-app purchases.

“At Oh BiBi,” said co-founder and CEO Stanislas Dewavrin in a prepared statement, “we are on a mission to make mobile free-to-play fun to play by focusing on bringing epic multiplayer action games to mobile. Our unique blend of creative approach and data driven infrastructure means we build extremely ambitious games with very small autonomous teams of no more than six. This means we need to hire the very best of the best in our industry who like working autonomously, and this latest investment by Atomico will allow us to turbocharge that hiring and the launch of our first game in the shooter genre FRAG.”

The VC firm Atomico — which also invested in Angry Birds-maker Rovio – lead the investment into Oh BiBi. As for the game studio itself, it has a brightly colored, fun, whimsical cartoon aesthetic it brings to its work.

Dewavrin and Oh BiBi co-founder Martial Valery, according to Reuters, were responsible for Gameloft’s hit titles more than a decade ago like Minion Rush, based on the cartoon character film franchise, which drew 860 million players, and Asphalt, an original car racing concept that counted 650 million players.”

We’ve reported before, naturally, on not only how massively popular Fortnite is — and how it’s become something of a standard-bearer for the space at the moment — but on how other companies have been looking to it for inspiration. And for features to steal — I mean, be inspired by.

Stories of Fortnite’s popularity are also increasingly showing the extreme side of the thing. Like how some people, per Ars Technica, have been shelling out more than $450 for disc-based retail copies of the free-to-play game.

Until now, Atomico hasn’t invested in a French startup in almost a decade. The firm said they were persuaded to do so now in part by Oh BiBi’s big ambitions.

“When we started working on FRAG six months ago, we knew there was no reason why a shooter game could not dominate the top grossing rankings for mobile games,” said Oh BiBi co-founder and COO Valery. “Now Fortnite has demonstrated it was possible, we’re ready to challenge their claim for best mobile shooter and with Atomico onboard, as one of the most active VCs investing in the games sector today, we are well equipped to scale and looking forward to the challenge.”