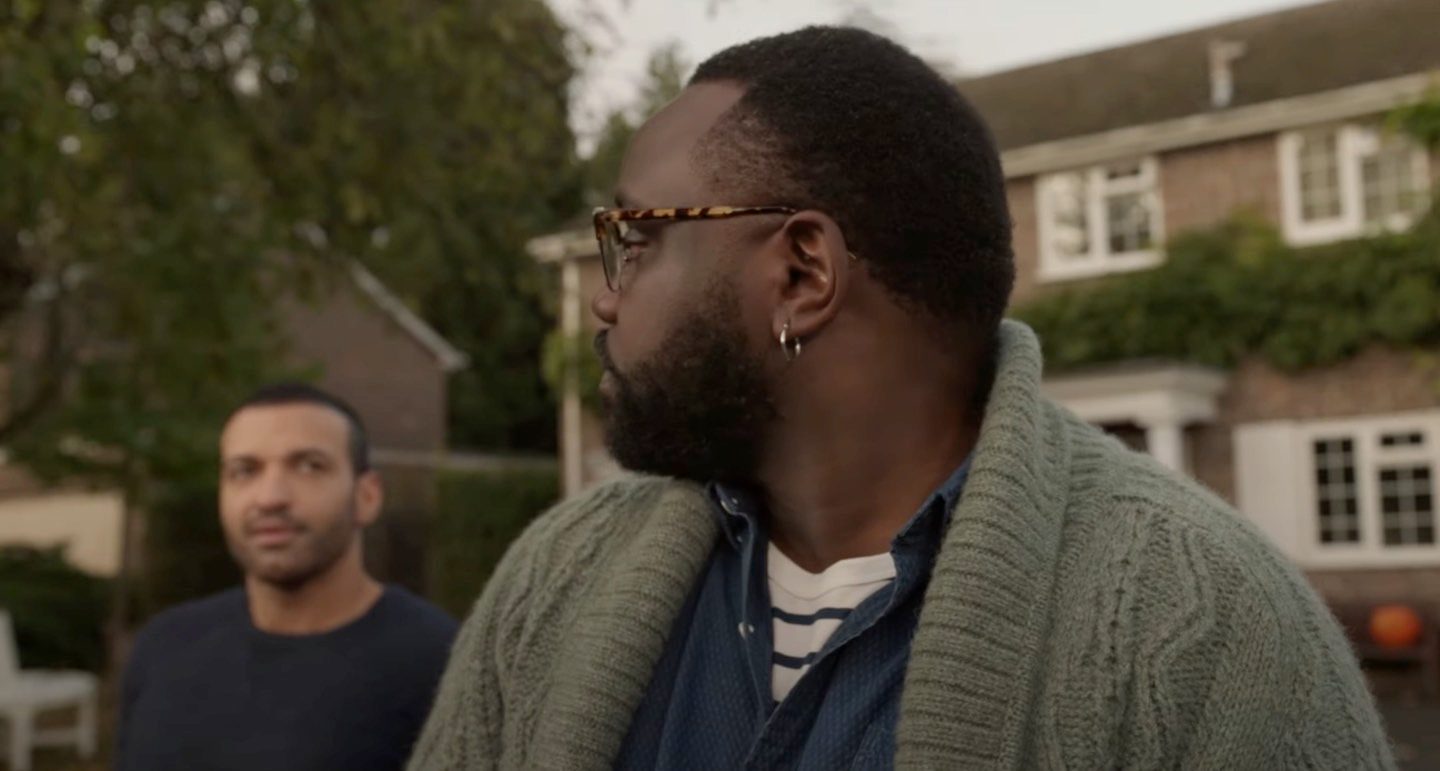 It’s finally happening; we have about a month to go until the Eternals premiere. That means Marvel is kick-starting its final marketing push for the film, which hits theaters on November 5th. We’re going to get a lot of Eternals details in the coming weeks, including new clips from the movie. And Marvel started its campaign with a 30-second commercial that gives us a look at a highly anticipated Eternals plotline. It’s not a big spoiler that will ruin the film’s story. Instead, it concerns Marvel finally delivering the MCU’s first superpowered gay couple.

We heard a long time ago that Eternals would deliver the MCU’s first starring gay couple. In the movie, one of the Eternals team members will be married to a human and they’ll have children. It’s against that backdrop that he’ll have to rejoin the Eternals in what appears to be the fight of their lives. On the other hand, family is the kind of motivation that might drive him to intervene in the sort of fight the group hasn’t been involved in before.

Rumors claimed that Phastos (Brian Tyree Henry) would be the gay Eternal. The final trailer almost confirmed as much a few weeks ago. There’s a scene in that clip that features the hilarious Ikea bit. Ikaris (Richard Madden) and Sersi (Gemma Chan) visit Phastos to talk to him about the looming threat. They sit around a table in the living room, and you can see plenty of toys in the background. This is clearly the home of a family man, but the trailer doesn’t explore that.

Marvel’s new 30-second Eternals clip recycles a lot of footage from the previous two trailers. After all, Marvel isn’t keen on revealing much about its films via trailers. And you should remember that these videos can be deceiving.

But Marvel added a scene where we see Sersi and Ikaris talking to Phastos, his husband (Haaz Sleiman), and their kid in front of Phastos’ home. It’s another hilarious scene from the movie. The kid says that he saw Ikaris on TV with a cape and shooting laser beams. That’s when Ikaris hilariously corrects him, telling him that he doesn’t wear a cape. Clearly, the kid has no idea who one of his dads is.

It’s not the humor that matters in the Phastos scene that Marvel chose to put in the clip. The studio practically acknowledges that Phastos is the first gay superhero in the MCU, in a movie that will further reinforce the MCU’s growing diversity.

A gay superhero isn’t the only significant “first” for Eternals. Marvel is also debuting the first deaf superhero in the movie, played by a real-life deaf actress. That’s Makkari (Lauren Ridloff), seen in other scenes in the short Eternals clip. Both of them are essential team Eternals team members. Well, each of the 10 Eternals we’ll see in the movie are important team members. They will each bring their unique set of skills to the battle against Deviants and whoever might be pulling their strings.

As for Phastos, he’s the brains of the operation, the Eternal whose ingenuity will come in handy. It’s the fact that he’s the group’s tech and weapons inventor that makes that Ikea joke so amazing in the final Eternals trailer.

Marvel will release the movie in theaters on November 5th, with a Disney Plus to follow at least 45 days later.