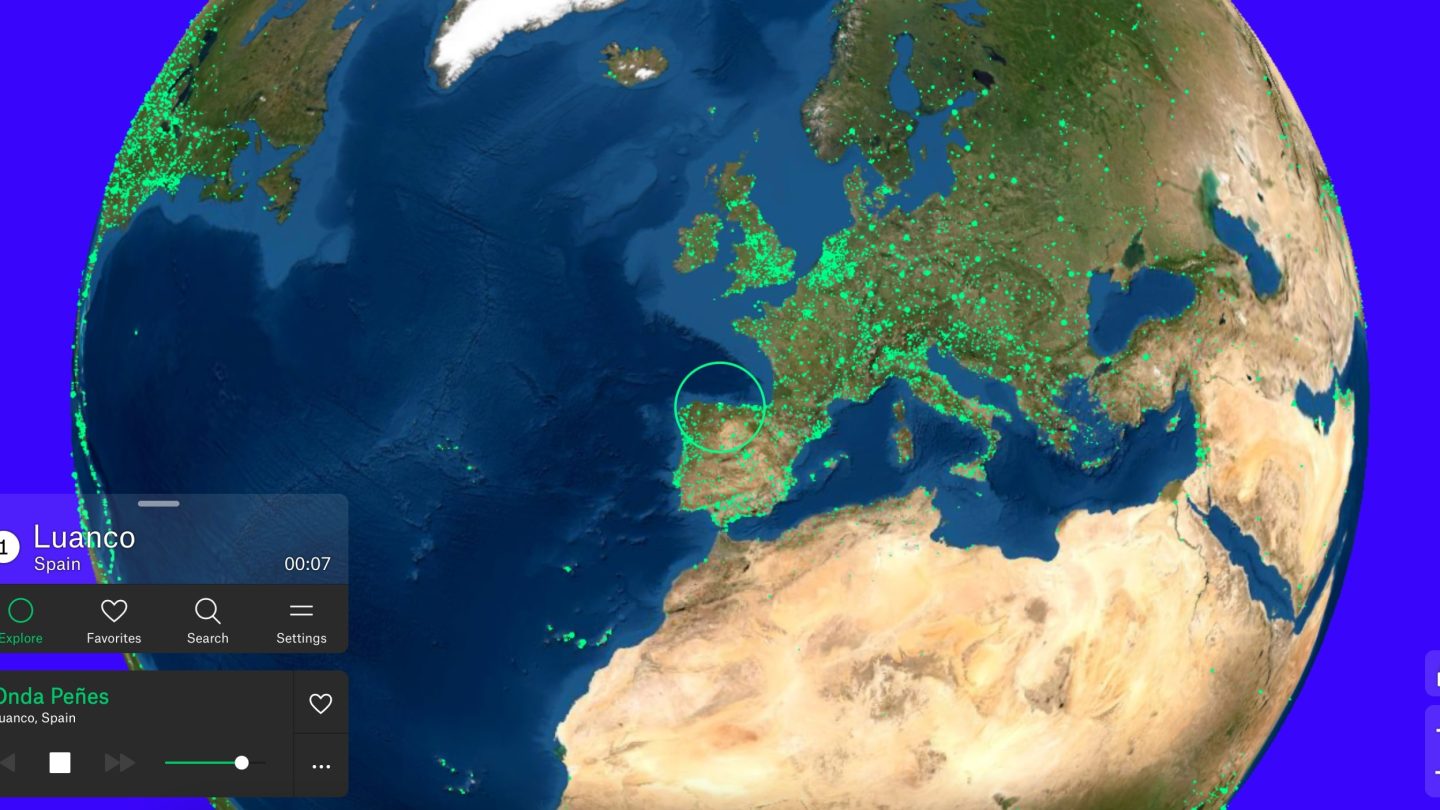 I love to listen to music online and enjoy services like Spotify and Apple Music for different reasons, but as I write this post I actually have something different blasting in the background — some infectious dance music with a pulsing electronic beat that’s currently blaring on the other side of the globe. I’m listening to Isla 106, a dance and house music radio station broadcasting from Ibiza and Mallorca, thanks to one of my favorite new website discoveries of the coronavirus era.

The website is called Radio Garden, and it’s ridiculously simple to use. It’s basically like Google Earth for radio — when you open either the website or companion app, you see an image of the globe, with tons of green dots sprinkled across pretty much every country. Anywhere you see a green dot, that’s a local radio station you can start playing. To start blasting tunes from Moscow to Tehran to anywhere in the US, just hit a green dot and see what stations comes up (and there’s also a kind of “See more” option that lets you toggle through all the different available local radio stations in that vicinity). This free Internet service has actually been around for a few years now, but I just now discovered it and feel like it’s the perfect antidote to the malaise of COVID lockdowns and such around the world — at the risk of sounding incredibly cheesy, in other words, this is a brilliant site, a must-check-out for music fans, and something that definitely makes the world seem a lot smaller and a whole lot more connected right now.

We’ve covered this kind of thing before, where you can virtually “tour” museums, art galleries and so forth around the world, since the pandemic has us all stuck at home. For me, though, this global Internet radio site brings a flood of different emotions — recreating the experience of tuning your radio dial, for example, as well as getting a small taste of a different culture from somewhere else in the world in real time, since travel is kind of a no-go right now.

Here’s some recent reaction to the site from other Internet users who’ve been likewise discovering Radio Garden thanks in part to the pandemic:

Holy CRAP guys!! I just found an app called Radio Garden, and you can literally listen to ANY RADIO STATION IN THE WORLD with PERFECT reception! I'm listening to J1 Radio in Tokyo Japan, and it sounds like I'm playing music through Spotify. It's crystal clear. I'm obsessed.

This is one of the coolest websites I’ve seen in a while: #RadioGarden. You can listen to almost any radio station on Earth by selecting it on a rotating globe. It’s created by the Netherlands Institute for Sound and Vision. Totally cool. @thedigitalbits https://t.co/EbBMijQ0mQ pic.twitter.com/DwBC5ycVDx

According to Radio Garden itself, the service started out in 2016 as a project commissioned by the Netherlands Institute for Sound and Vision, in the context of a research project called Transnational Radio Encounters.

From the website: “In 2018 we launched mobile apps for both iOS and Android platforms. In 2019 we introduced the ability for our users to search for their favorite stations and places. In early 2020, we launched a major redesign of Radio Garden. Rebuilt from the ground up as a mobile first experience, it lays the groundwork for future developments.”