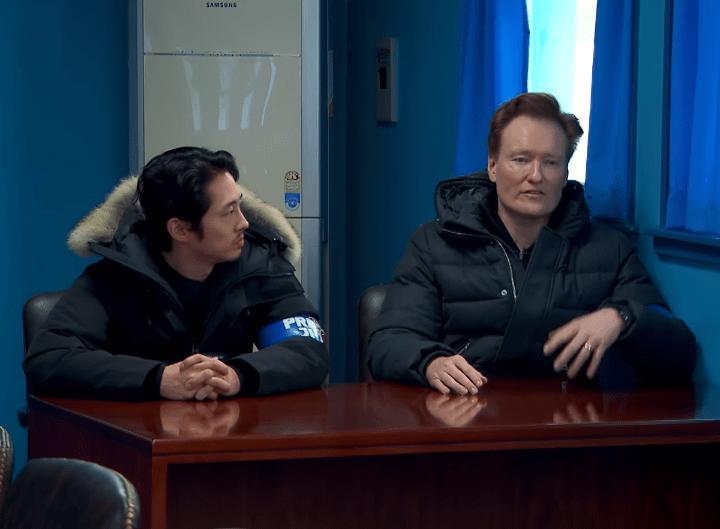 OK, so Conan didn’t exactly sneak his camera crew across the demilitarized zone and spend a week hanging out in Pyongyang. Instead, he brought Korean American actor Steven Yeun (a.k.a., Glenn Rhee on The Walking Dead) with him to the Joint Security Area on the border between North Korea and South Korea, and then wandered into North Korean territory for about five minutes.

Along the way, Conan declares that a member of the South Korean military is the “best dressed soldier” that he’s ever seen and informs him that he could be a “Janet Jackson backup dancer.” He also hosts the world’s first-ever North Korean talk show in which he interviews “traitor and tail-chasing dog Steven Yuen” about this work on The Walking Dead.

The good news is that Conan and Yeun finished their segment without setting off a major international incident, which could open the door for future American talk shows to set up shop in North Korea… but probably not.