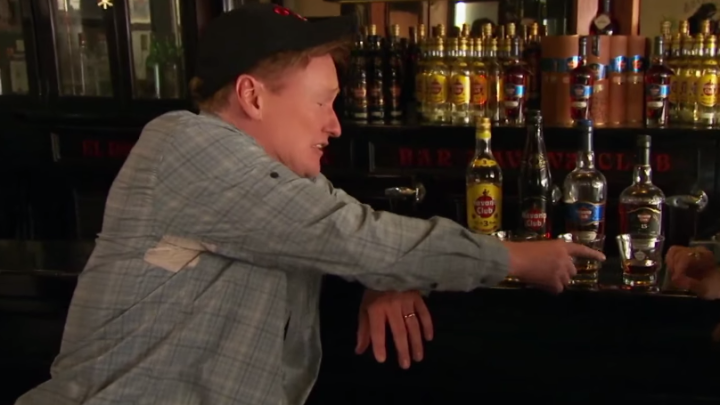 Conan O’Brien has been broadcasting from Cuba this week and on Thursday he ran what might be his greatest segment yet from the island nation. In the clip below, you’ll see Conan take a tour of a Cuban rum refinery before proceeding to get completely plastered on the stuff at the end of the tour.

Throughout the first half of the video, Conan learns the entire process of making rum, although he spends most of this time whining that he wants the tour to be over so he can get drunk.

He delivers on this promise at the end of the tour when his extremely tolerant tour guide gives him four different rums to sample, which have been aged from between three years and 15 years. By the time Conan gets to drinking the 15-year rum he’s good and truly wasted and he pours himself a huge glass of it and gulps it down. He spends the rest of the video lying on top of the bar and asking his poor tour guide to sing him “a Cuban song.”