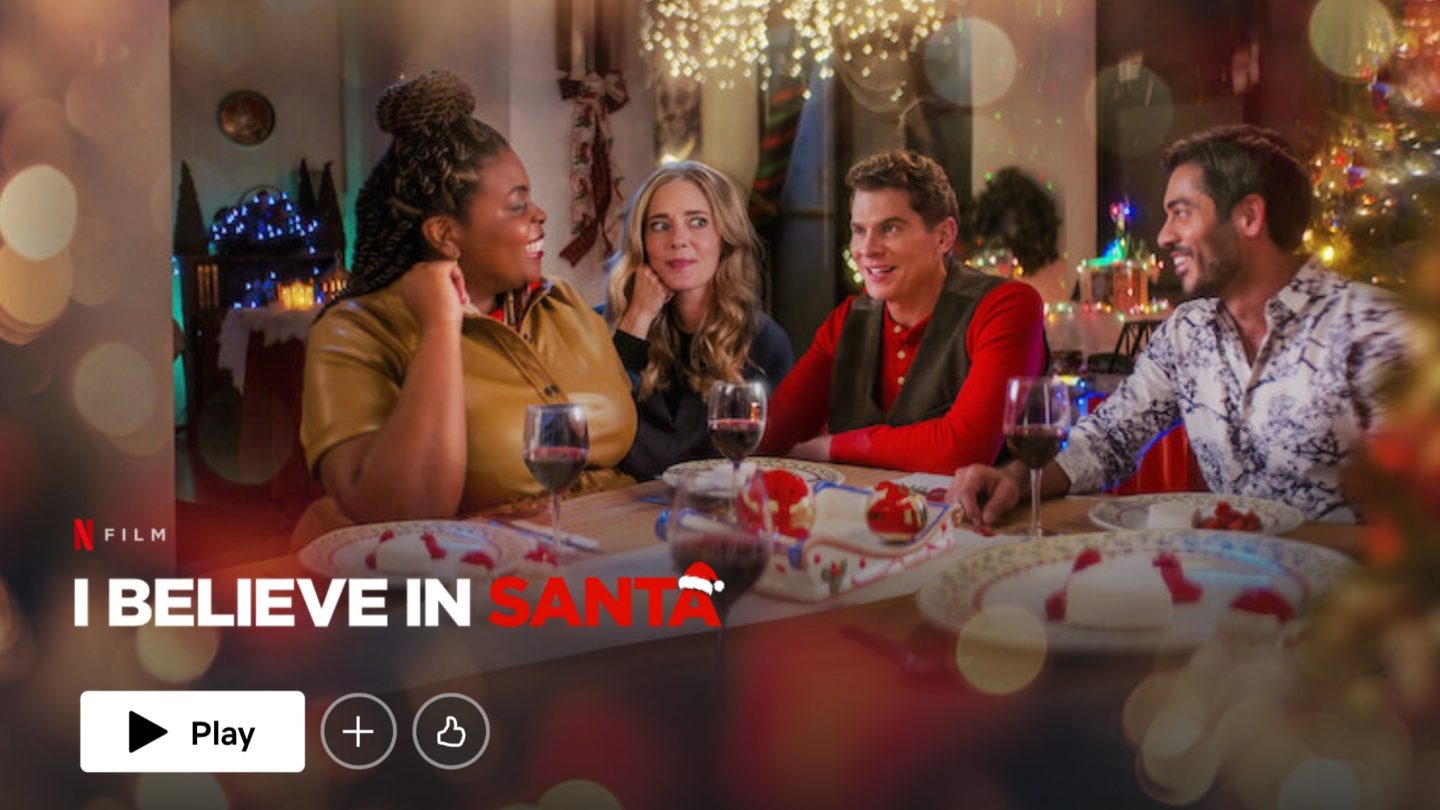 Netflix has released a slew of holiday-themed content to enjoy over Christmas this year, including both TV shows as well as movies for English and international audiences alike. Some of them will surely end up as winners with viewers — but that’s not the case, unfortunately, for one particular Netflix Christmas movie that hit the streaming giant in recent days, titled I Believe in Santa.

Viewers have been roasting this movie mercilessly, blasting it in Rotten Tomatoes reviews as tantamount to a “crime against humanity” and “unwatchable,” among other complaints.

Terrible reviews for I Believe in Santa

As of this writing, oddly enough, I Believe in Santa is the #3 Netflix movie in the US — and the #2 English-language movie on Netflix worldwide. According to the latest weekly Top 10 data from the streamer, it racked up almost 20 million hours viewed for the 7-day period from December 12-18.

For some context, that viewership total for the week put I Believe in Santa above other Netflix originals like Lady Chatterley’s Lover and high-profile third-party titles, like the Brad Pitt-led Bullet Train.

As for the plot: Picture a seemingly normal man and a woman who’ve just started dating each other. A few months into the relationship, though, she makes a shocking discovery about him: He is obsessed with Christmas, the holiday that she absolutely hates. Moreover, this grown man believes in Santa. There you go, that’s the story.

I Believe in Santa on Netflix is so wildly unhinged and insane. It’s like a car accident where you can’t look away except one car was full of brightly wrapped presents and the other car was full of pure cocaine and both were driven by gingerbread monsters.

“Watched it all, and regret it,” one Rotten Tomatoes reviewer laments. Adds another: “There is no possible way that this movie is the top 3rd movie in the USA!!!???? Why is Netflix lying? Yikes.”

It only gets worse from there. “This movie was borderline disturbing,” one of the most pointed Rotten Tomatoes viewer criticisms reads.

Including I Believe in Santa, there are actually a grand total of five Christmas movies on Netflix’s global Top 10 movies list for the week. The others are: