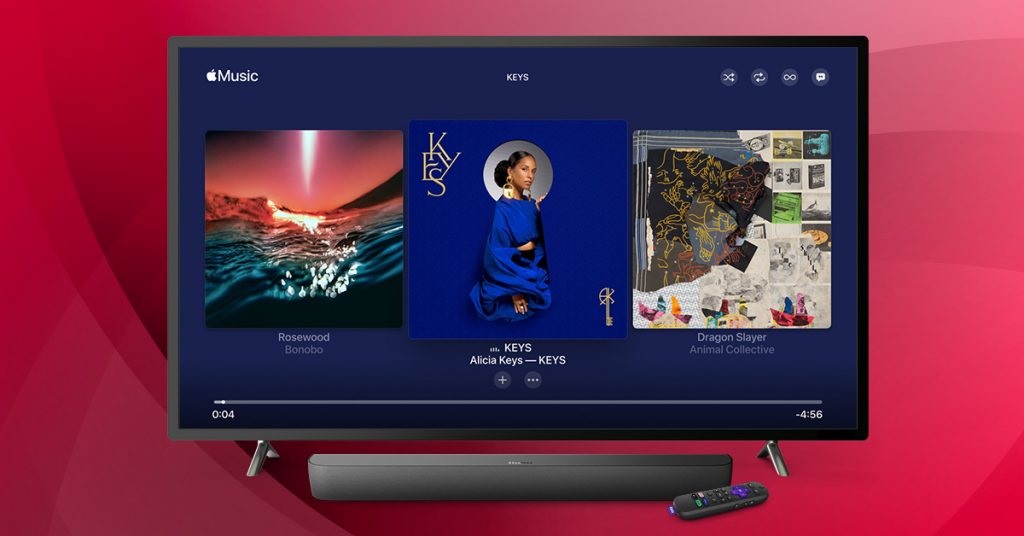 One of the reasons Roku is the most popular streaming platform in the US is the breadth of the channel library. Virtually every streaming service is available on the Roku Channel Store, from Netflix and Hulu to Disney Plus and HBO Max. Roku also continues to add more major services to its platform on a regular basis. For example, on Monday, Roku announced that Apple Music is now available on the Roku Channel Store.

Roku device owners can now use the Apple Music channel to listen to music on their TVs. If you have a Roku TV or a Roku streaming player, you can download the channel for free from the Roku Channel Store today. Of course, you will need an active Apple Music subscription to use the app. Apple charges $9.99 a month for an individual subscription. New customers can also sign up for a one-month free trial to give the service a test run.

As one of the biggest music streaming services on the market, Apple Music features over 90 million songs and 30,000 premade playlists. With the Roku app, you can stream any song on Apple Music ad-free. You can also watch 4K music videos, create playlists, and tune in to live radio stations like Apple Music 1, Apple Music Hits, and Apple Music Country.

It’s somewhat surprising that it took this long for Apple to get its music streaming service on Roku. The Spotify channel initially launched on Roku in December 2012. That was around two and a half years before Apple Music even existed. They certainly took their sweet time, but at least Apple Music users now have one more way to listen to their music.

This is just the latest noteworthy announcement from the company in recent days. Just last week, Roku struck a deal with Lionsgate that will see some of the studio’s biggest upcoming blockbusters stream on The Roku Channel for free. This includes upcoming movies like John Wick: Chapter 4, The Expendables 4, and Borderlands.

Roku also recently shared its list of additions coming to The Roku Channel in May. Some of the highlights include The Revenant, Con Air, Drive, Moneyball, Judy, and Black Swan. Best of all, you can watch them all for free from your browser or on your TV.