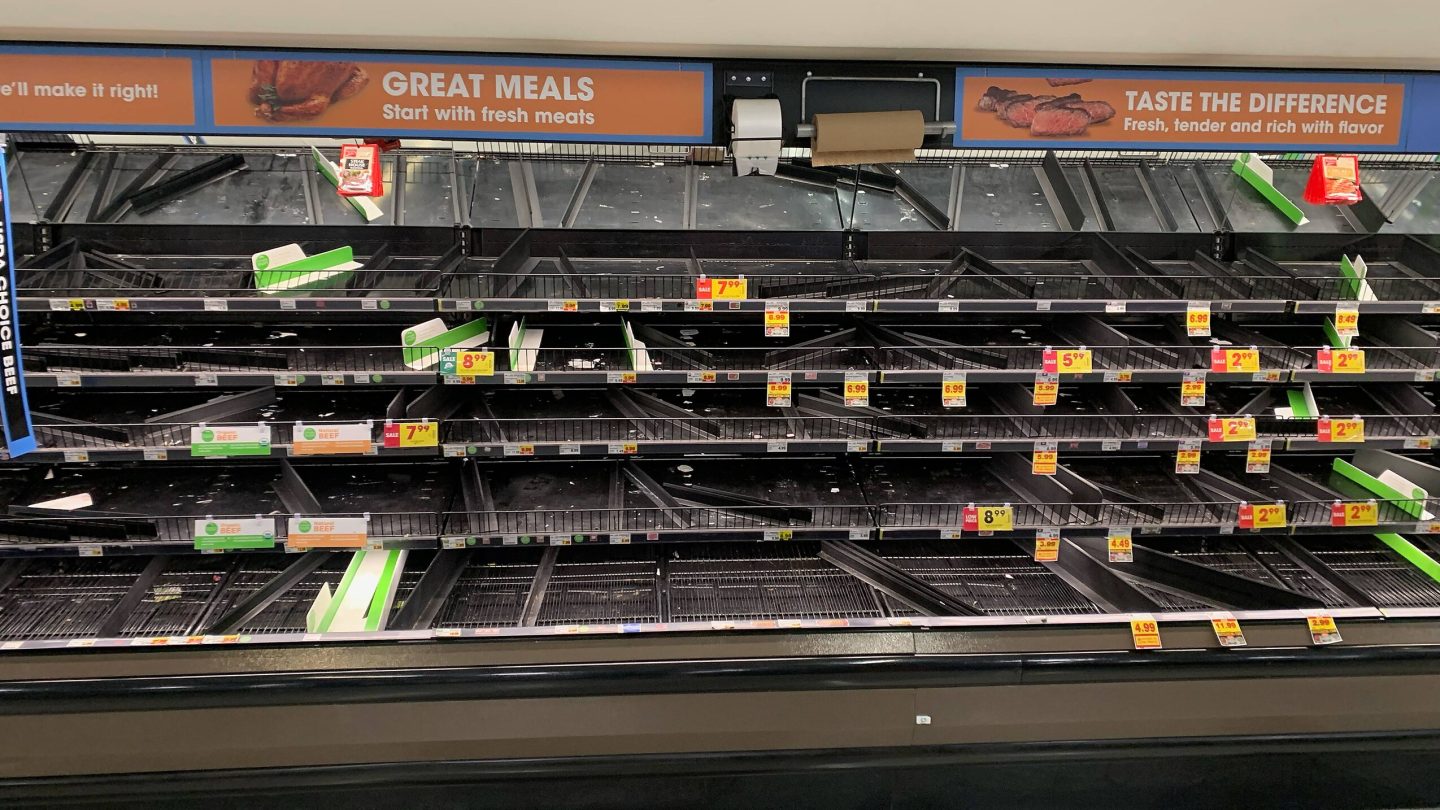 The next time you’re at your local grocery store or a nearby location of a department store giant, take a close look at the shelves. If you’ve paid attention at all to news headlines over the past week or so, you’ll no doubt have come across coverage of supply chain issues that are manifesting themselves in part in the form of empty store shelves. But it’s not just empty store shelves resulting from the US supply chain meltdown that includes clogged ports as well as goods sitting unshipped. Retailers are also getting creative (or desperate, depending on who you ask) — to the point that some shoppers say they’ve noticed tactics like stores using single rows of products to fill shelves.

To give the illusion, in other words, of abundance.

People have taken to social media in recent days to share images of this kind of thing, like single rows of chairs arranged bizarrely all along shelves (as you can see below). As if there was nothing else available to put in its place, but the store just wanted to fill the shelves with something. Rather than make it obvious for customers to see that supply chain shortages are having an impact.

And make no mistake. They very much are having an impact.

President Biden’s approval rating in recent weeks has plummeted, as the administration is beset by nettlesome including record-high inflation. Federal Reserve Chairman Jerome Powell warned in recent days that supply chain problems and inflation are going to linger well into 2022. Even Twitter CEO Jack Dorsey warned in a tweet on Friday that hyperinflation will hit the US soon. Former McDonald’s USA CEO Ed Rensi told FOX Business on Friday that Biden policies are contributing to all this, while several Biden officials have done their best to downplay the whole thing.

But first, let’s take a look at how this is all playing out in communities around the US.

We are at the edge of the precipice. The "pretending it's fine" aspect of the charade evokes a deep terror pic.twitter.com/sNvfHVyiwx

#EmptyShelvesJoe started trending on Twitter this week, a result of frustrated shoppers increasingly confronted with scenes like the above.

Another Twitter user shared an image from her local Safeway location, where products could be seen spread out to make the shortages less obvious. “Our Safeway appears to be trying to hide the supply shortage by using single lines of products to fill shelves,” the tweet read.

There’s a compounding problem associated with all this, too. Because shortages often lead to panic buying, which only accelerates shortages and makes the whole thing worse. And speaking of getting worse — some Biden administration officials have downplayed all this. They’ve blamed it in part on Americans’ overconsumption and excessive buying.

But that doesn’t explain why even some hospitals around the US are finding it harder to obtain the drugs they need, because of supply bottlenecks.

To be sure, the Biden administration did not create this problem. This is really the result of so many factors. Including extreme weather events, a trucker shortage, and other pandemic-related challenges. The issue, though, is what’s being done about the problem.

Unfortunately, at least three high-profile administration officials have in recent days done their utmost to downplay this crisis. There was White House chief of staff Ron Klain, for example, who a few days ago retweeted a post decrying the whole supply chain meltdown as a “high-class problem.”

What does that mean, exactly? Well, the somewhat MIA Transportation Secretary, Pete Buttigieg, put it like this in a TV interview: President Biden “successfully guided this economy out of the teeth of a terrifying recession.” Even though, according to Factcheck.org, the recession officially ended before Biden took office.

The ‘tragedy of the treadmill’

White House press secretary Jen Psaki, though, added the cherry on top. It came in the form of an offhand joke during the daily press briefing, in response to a question from The New York Times’s Michael Shear. Shear asked: Why didn’t the Biden administration act more aggressively early on in the pandemic? “It was crystal clear that things were not improving,” Shear said during his question to Psaki. “People couldn’t get dishwashers and furniture and treadmills delivered on time. Not to mention all sorts of other things.”

That comment seemed to be her not-so-subtle way of telling everyone to relax. That this is only a problem that affects people with tons of money to blow — on luxuries like treadmills.