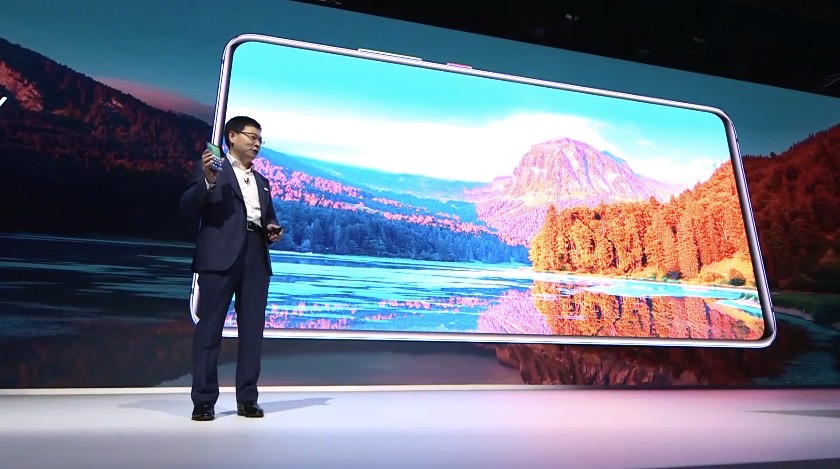 The smartphone handset device business has of course been dominated by two names for years now, but a Chinese device maker most American consumers probably haven’t heard of is nevertheless suiting up to eventually topple Samsung on its way to becoming the number 1 global smartphone player. That’s the plan, at any rate, which Huawei has set out for itself, after already overtaking Apple earlier this year to become the second-largest smartphone player as ranked by global market share. And now, the CEO of Huawei’s consumer division Richard Yu has told CNBC in a new interview that the company’s timetable is to get almost even next year with Samsung, which has been suffering a decline in handset shipments, and then to overtake Samsung in 2020.

“Maybe we have a chance (to be number one in) the year 2020,” Yu said during the interview, which also touched on the company’s history in recent years, dating back to it not evening having a smartphone of its own until 2010.

That, of course, was three years after Apple’s debut of the iPhone. Per CNBC, Huawei “became one of China’s biggest technology firms thanks to the growth of mobile networking equipment, and is now one of the largest suppliers in the world for that market. It was also an original design manufacturer (ODM), which meant it designed and made devices for other firms.

“In 2010, Huawei launched its first own-brand smartphone called IDEOS running Google’s Android mobile operating system and costing around 60 euros ($67.50). Fast forward to 2018 and the company is releasing handsets that have original artificial intelligence chips and world-first features, costing over $1,000.”

The guy who helped move Huawei into being a global smartphone powerhouse? None other than Yu, who told CNBC he very much encourages bold bets and taking risks: “I encourage the team to have this innovation capability, to make bold innovations, to do something which some guy feels is a little bit crazy, to challenge ourselves and the industry.”

We told you back in August that Huawei estimated it would ship more than 200 million smartphones globally this year, which would be a 31 percent increase over last year. Of course, one of the headwinds the company has not been able to shake is the niggling effects of politics, with Huawei getting effectively blocked from the US in 2012, for example, over national security concerns and fears the Chinese government would use backdoor access to Huawei’s devices for data-gathering. The company, of course, has denied such claims.

Meanwhile, Huawei is also plenty busy beyond smartphones. During his CNBC interview, Yu talked about the company’s ambitions regarding foldable phones — its attempt at one will debut next year (as will a version from its competitor, Samsung), along with Huawei’s first 5G-enabled smartphone. Yu also talked about the company having AR glasses in the works. And, according to the business news network, “Huawei sees its future beyond hardware, too.

“The company has services such as cloud storage, music streaming and video content, which are little known outside of China. It’s something the company doesn’t talk much about but it claims Huawei Music, its music streaming platform, has 100 million monthly active users. For comparison, Spotify has 191 million.” It would seem to be a smart play, to double down on services like that, especially when you recall that even Apple sees its way forward as investing more heavily in the services side of its business.