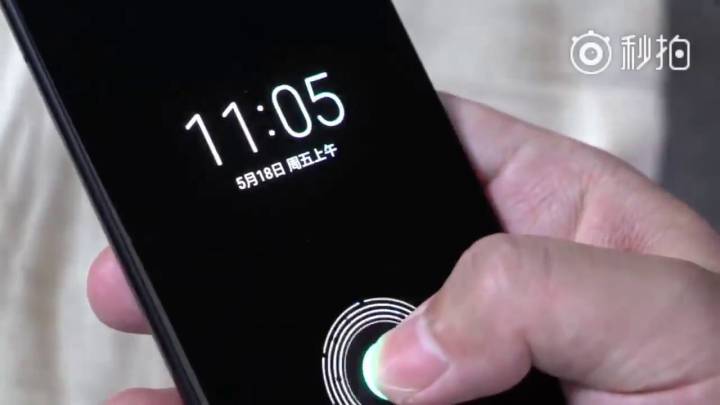 As positive of a reception as the iPhone X has received since launch, there are elements of the flagship phone that couldn’t please everyone. For example, Apple decided to remove Touch ID altogether in order to implement an all-screen design, replacing it with the facial recognition system known as Face ID.

By most accounts, Face ID is an effective, if imperfect, successor, and within a few weeks of using the device, many of my colleagues say that they wouldn’t want to go back to using their fingerprints to unlock their phones. But for all of us who prefer Touch ID, one way that Apple might be able to bring it back without sacrificing on design would be with an in-display sensor. So it’s only natural that an Android iPhone X clone beat Apple to it.

Just hours after an alleged retail box for the Xiaomi Mi 8 leaked, a video appeared on Chinese social network Weibo which seems to suggest that the Android phone will feature an in-display fingerprint sensor, similar to that of the Vivo X20 Plus UD we got our hands on a few months ago. You can see it in action below:

According to an earlier report from Gizmochina, Xiaomi plans to hold a launch event in Shenzhen, China on May 31st, where the company will supposedly unveil the Xiaomi Mi 8th Anniversary smartphone. The product name popped up on the Xiaomi store recently as well, so it’s all but confirmed at this point.

Slashleaks points us to another recent leak, purportedly showcasing the front panel of the Mi 8. With the cutout for the potential 3D facial recognition module, Xiaomi’s new phone is certainly giving off strong iPhone X vibes. Then again, if the video is legitimate, it will have one thing over the iPhone X: an in-display fingerprint sensor.