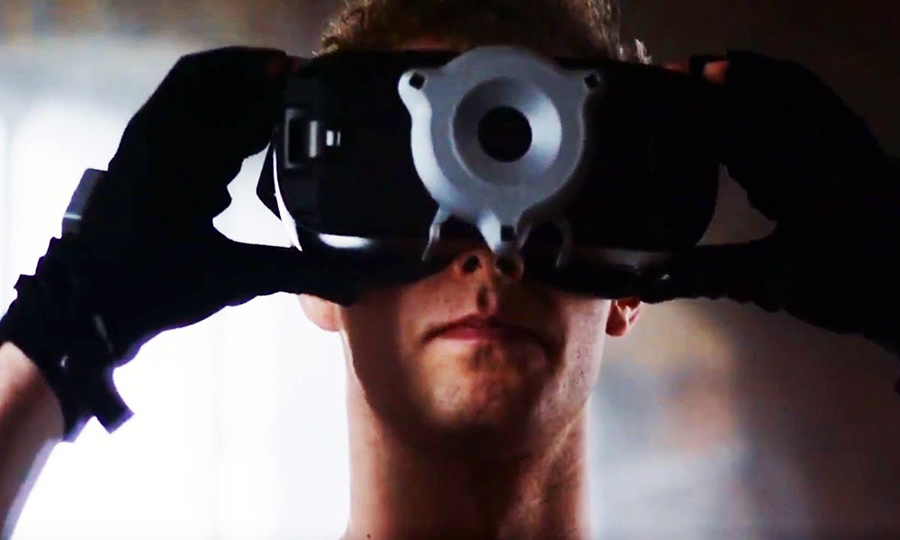 Following a warm reception at CES this year, a Swiss-based startup called Sensoryx in a few weeks is planning to launch an Indiegogo campaign to raise funds for VRfree, a glove system for use with virtual reality content that promises a new level of immersion.

The selling point is the gloves’ sensor system captures every movement of the wearer in real-time with precision without needing anything external like a stationary camera. According to Dr. Fabian Wenner, one of the four people on the Sensoryx team, the way it works is on each wrist there’s a reference point that’s tracked by different sensors.

“We have motion sensors in the fingers,” he says about the fingertip-less gloves, which the team has been working to bring to fruition for 18 months or so. “So that provides the precision.

“The idea behind the glove is really to set out and for people to be able to use their hands in-game. We didn’t want people to have to strap on an HTC Vive controller or an Oculus touch controller to their forearm. That’s really cumbersome and heavy. So we have a VR glove with an integrated tracking, 3D-positioning system.”

The company had a consistently busy line filled with people wanting to try out the glove at CES this year. And talking to the people in that line, which included techies like ex-Mashable editor Lance Ulanoff eager to give the gloves a try, gave the company what it thought might be an insight about the state of the larger industry:

Most users who came by, the company told BGR, loved the idea of this level of immersion via having their hands in a VR game. “But when we ask them what is the most convincing system out there in terms of haptics, none of them get really enthusiastic about a single one,” Wenner said.

That suggests, perhaps, that there is plenty of demand for a company like Sensoryx and a product like VRfree. “Suggests” being the operative word.

There is a sense in 2018 that the tide may be starting to go out in terms of virtual reality products, demand, consumers, content – such that we will see, because it will be revealed, how much people really want what is actually out there. That is, what’s actually out there today, right now.

“We will be happy if VR gets great content, which for us would mean multiplayer games that pull a lot of consumers into the market and create hardware demand,” Wenner said. “People will want to buy the hardware in order to be able to play the specific game. I think that will be coming this year. In order to get the hardware adoption, people need to have content and be able to play it.”

He also even points to the possible effect of pop culture like “Ready Player One,” Steven Spielberg’s adaption of the popular novel that hits theatres in March. Will it juice demand or even just interest in virtual reality? Some industry players hope so.

Among the technical details of the VRfree, meanwhile, it has around 4 hours of battery life and is rechargeable with USB-C. It’s also compatible with most head-mounted displays including the Oculus Rift, HTC Vive, Samsung Gear VR, Google Daydream and more.

In December, the company released a video showing how you can play VR mini golf with a Samsung Gear VR, a VRfree glove and a VRfree headmount. In contrast to other systems, the company said, the technical breakthrough of full 3D mobile positioning was achieved by a proprietary, patented combination of different sensor types and algorithms developed in-house.

“Our vision is for this to become a mass-market product,” Wenner says. “That’s why we also tried to put out an aggressive price point. We really wanted to be competitive and make this affordable to everyone. And we’ll be selling this on Indiegogo in order to lower the working capital requirements.

“The sense of presence — that’s one of the reasons we developed the glove. With controllers, you sometimes lose the presence and sense of immersion. To have a device out there that maintains that immersion by being able to use your hands naturally, intuitively and precisely, that can be a big thing for games.”