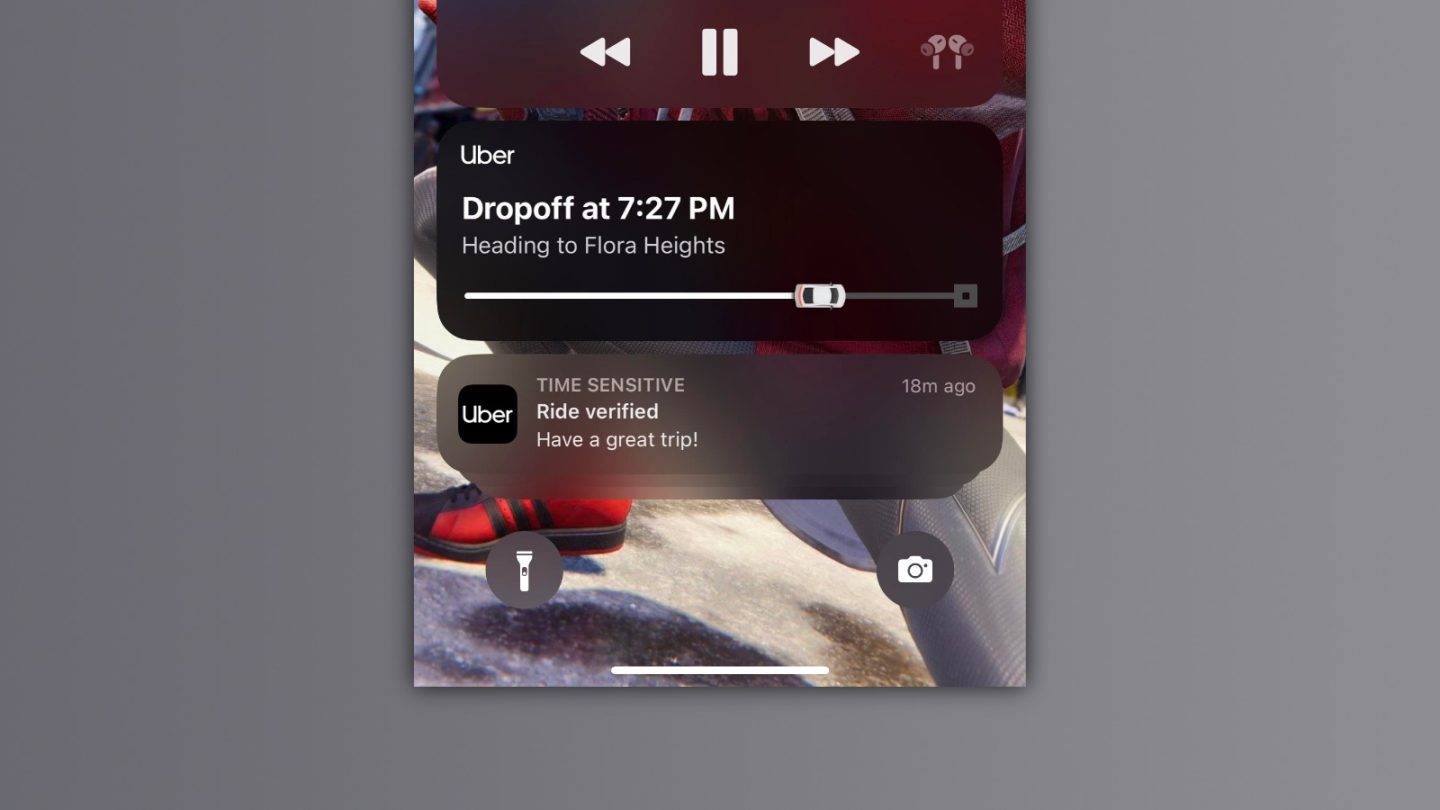 When Apple announced iOS 16 back in June, one of the most significant features announced was Live Activities. This function shows real-time information about an app, such as how long it will rain within the iPhone’s Lock Screen.

But when iOS 16 finally launched in September, Apple delayed the Live Activities feature until iOS 16.1. While there’s an ever-growing list of apps supporting this function, two apps highlighted by the company during the WWDC 2022 keynote were nowhere to support it, Starbucks and Uber.

Now, a Reddit user (via 9to5Mac) shows that Uber and Uber Eats is slowly rolling out this feature, as they could try it with their iPhone 14 Pro. As you can see in the featured image above, Uber’s Live Activities feature shows on their iPhone Lock Screen how long it will take for their ride to end. In addition, it also shows the estimated dropoff.

A Twitter user also confirmed that they could see Uber and Uber Eats’ Live Activities feature in action. On the other hand, it’s important to note that Uber didn’t officially announce it’s rolling out this function yet.

Fortunately, it appears that Uber and Uber Eats are now preparing to support Live Activities. Both of the apps were updated in November and now display a Live Activities toggle in their respective menus in the Settings app. The feature is not yet functional for public use in either app, but Uber might be doing testing internally.

It seems Uber and Uber Eats will slowly roll out this feature to test how it’ll behave with large groups of users. That said, we also have to wait and see when the Starbucks app will support it. BGR will let you know.