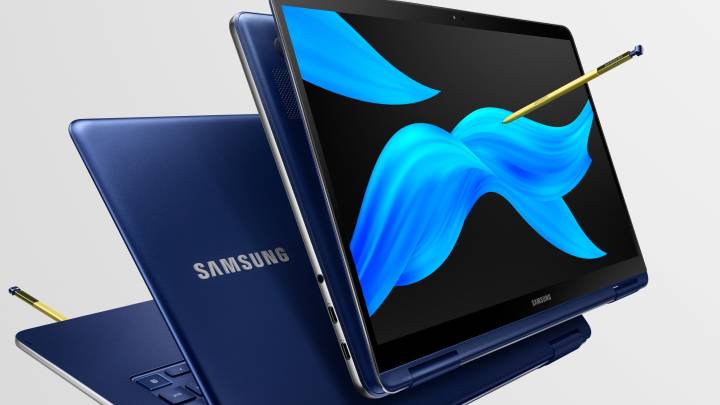 With the Notebook 9 Pen, the design includes an all-metal aluminum frame, a premium metal finish and Ocean Blue coloring. Under the hood, it’s got an 8th generation Intel Core i7 processor and promises 15 hours of battery life, in addition to offering face and fingerprint log-in along with expandable storage, two Thunderbolt 3 ports and next-gen Gigabit Wi-Fi support.

The included S-Pen is pretty customizable and is stored in the computer, never needing to be charged. It’s got reduced latency up to 2x from the previous model, and you’ve got a few different pen tips to choose from to suit your drawing preference.

As far as the Notebook 9 Pro, its design includes a cool metal exterior, reduced bezels and a redesigned keyboard. Performance-wise, it too is powered by the i7 processor and runs Windows 10 Home, in addition to coming with the Active Pen in the box that features more than 4,000 levels of pressure sensitivity. The device also features dual 1.5W stereo speakers and promises more than 14 hours of battery life.

Samsung’s website has a deeper look at the internals of both computers, both of which are portable and sleek.