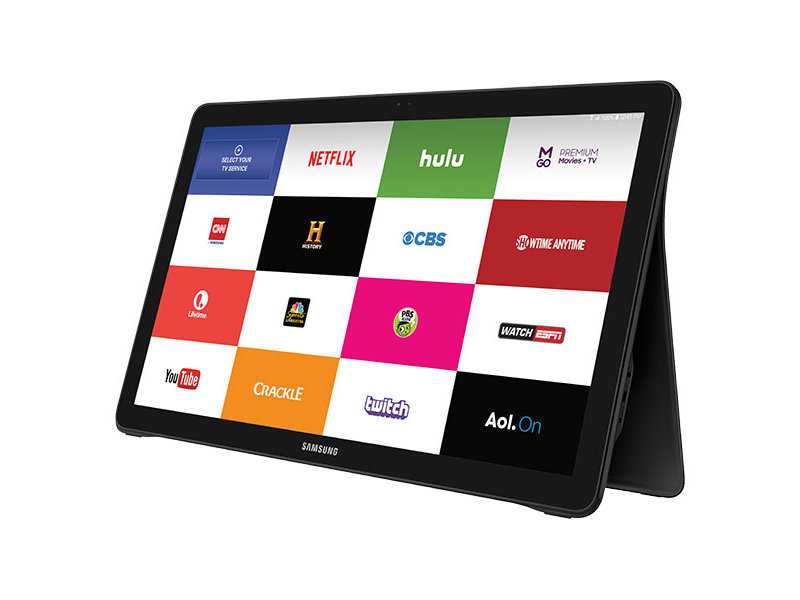 Samsung is apparently working on another ginormous Galaxy View Android tablet, this one being a 17-inch Galaxy View 2.

Android Police is out with a report today quoting a source familiar with plans for the successor to the 18.4-inch Galaxy View tablet, which it likened to basically a giant portable monitor with a full operating system that’s so phat it comes complete with a handle. You also had to charge that previous model like a laptop, using an AC power adapter.

“This new Galaxy View 2,” Android Police reports, “is a bit more compact and practical according to our source. For one, charging will happen via USB-C, and instead of a massive handle, the View 2 will use a book-style hinge as a stand.

“It can be set up in two basic configurations: in the ‘closed’ position, the hinge (which is the full size of the tablet itself) will allow you to use the Galaxy View 2 a bit like a drafting desk, with the tablet angled around thirty degrees upward for easier viewing. In the open or deployed position, the hinge serves as a stand that keeps the screen upright (i.e., like a laptop) for watching video.”

The report goes on to add that the hinge and stand, at least according to this source, aren’t removable.

Sources also tell Android Police it will use an Exynos processor and sport a 1080p display that measures about 17.5 inches. It will also come with 3GB of memory and run Android Oreo with a Samsung skin.

The tablet will be sold via AT&T, and this report makes it seem like the View 2 will be positioned not as some kind of PC replacement but more as just another device for consuming media. “In other words,” Android Police notes, “as a touch-enabled kitchen TV, or a way to bring live sports streams out to the backyard — not as a mobile workstation. This seems even more likely given AT&T’s involvement, meaning you can probably expect a whole lot of DirecTV upsells to come along with it.”
Details haven’t come out yet about pricing or when it might be released. If history is any guide, October might be a possibility, since that’s when the prior model of the Galaxy View launched in 2015.