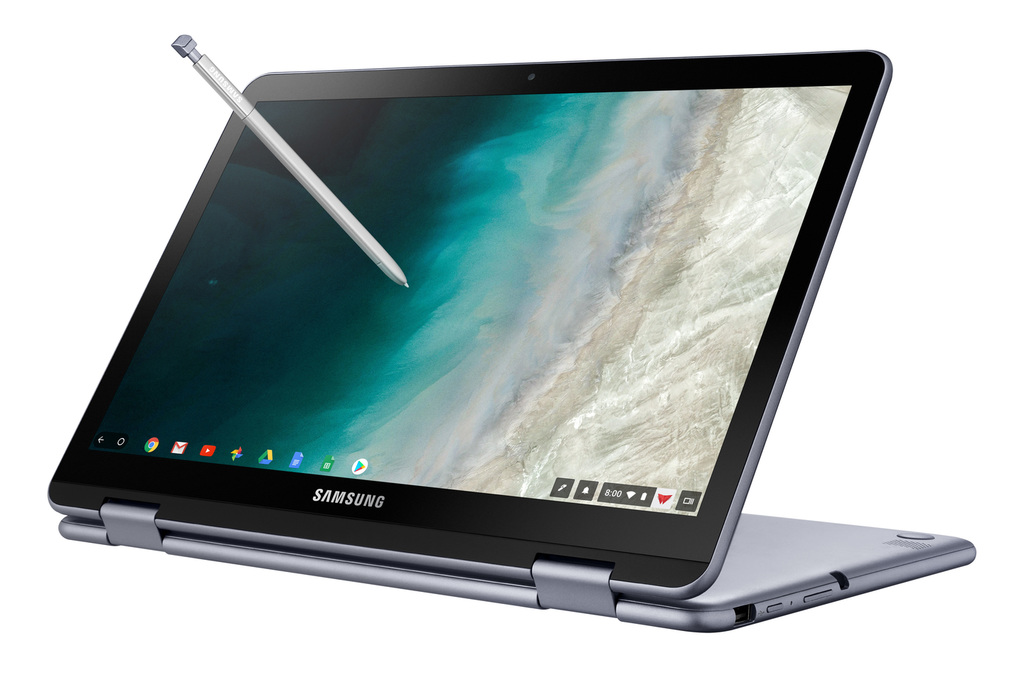 There are apparently enough consumers out there who still want or need a laptop to help them get work done, but don’t necessarily want to pay MacBook-level prices, for hardware makers like Samsung to keep finding new spins to put on the form factor. Today, the company announced it’s launching a new version of its Samsung Chromebook Plus V2, this time with LTE. It appears to be basically the same as the current version — a model Gizmodo has praised as 2-in-1 perfection — just with the added bonus of being always-connected.

It will be available starting November 2 for $599.99 at Samsung.com, as well as Best Buy and Verizon stores. “Oh what an upgrade,” the folks over at Chrome Unboxed enthused about the new version of this Chromebook for the budget-minded. “Thanks to their lightweight OS and generally great battery life, Chromebooks are the perfect device to house ‘always connected’ LTE radios. Combine that with the growing number of Android apps that are optimized for Chrome OS, (and) this update will be a huge leap forward for Chromebooks in general.”

In a blog post for Samsung, Samsung Electronics America exec Alanna Cotton explains that the company sees demand for Chrome OS continuing to grow. Along with that, the company’s thinking is that a device like this is especially perfect for consumers who want to be always-connected and don’t want to have to worry about hunting for a Wi-Fi spot nearby. Consumers who also want a laptop that boots up practically instantly, has built-in antivirus protection and serves as a competent pipeline to the web-based apps and services they want and need.

Moreover, she continues, the range of technologies that went into creating this refresh of Chromebook Plus V2 comes from Samsung as well as Google and Intel.

As we said, this Chromebook has the familiar elements of its predecessor. A built-in pen, plus two cameras, packed in a lightweight package that aims for a premium look and feel. When Samsung unveiled the current model earlier this year, it promised a Chromebook that even then “set a new standard,” with 4GB of memory, 32GB of storage and weighing a little less than 3 pounds.

And now the company says it’s doing it again. “With the Samsung Chromebook Plus V2 LTE,” Alanna notes in her post, “we’re bringing to market a premium device at an affordable price. Fittingly, it’s one that will help consumers do things they weren’t able to do before — to connect their primary devices, such as Chromebooks, wherever and whenever.”